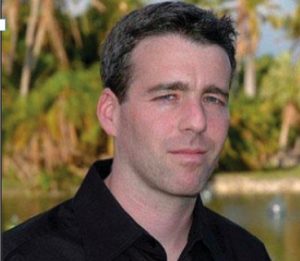 Michael Grunwald, award-winning author of “The Swamp,” will present a lecture on the history of the efforts to tame the Everglades and more recently the attempts to restore it, at 10 a.m. on Tuesday, Jan. 16 in the Boca Grande Community Center auditorium.

“The Swamp” is a New York Times bestseller, a Critics Choice by The Washington Post and was named Best Local History by the Miami News Times.

Tickets are $25 and may be purchased on the Boca Grande Historical Society website (bocagrandehistoricalsociety.com) or at the History Center at 170 Park Avenue (next to Boca Bargains). Their phone number is 964-1600.

Grunwald is a graduate of Harvard and has worked as a reporter at The Boston Globe and The Washington Post. He also worked as a senior writer for Time magazine and presently works for Politico. He has received several journalism awards for his reporting.

Grunwald describes the Everglades as “once reviled as a wasteland, and Americans dreamed of draining it. Now it is revered as a national treasure, and Americans have launched the largest environmental project in history to try to save it.”

In “The Swamp,” Grunwald “takes readers on a riveting journey from the Ice Age to the present, illuminating the natural, social and political history of one of America’s most beguiling but least understood patches of land.” He describes the Everglades as a last frontier, even more recent than the West.

The Army Corps of Engineers, industry and developers have invaded and altered it. The result has been interruptions in its flow and the disappearance of most of its birds. An $8 billion rescue plan has been on the books for more than ten years, although not yet implemented.

Hazeltine Nurseries is the much-appreciated sponsor for the Historical Society’s lecture series. A “meet the author” reception and book signing will follow the presentation.

Newer PostLiterature Forum to collaborate with Royal Palm Players for reading
Older PostWhat will happen if the ‘what if’ happens?