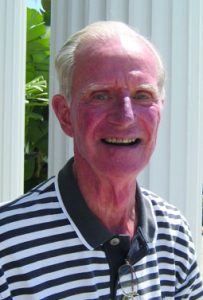 Joseph Verner Reed Jr., the under secretary for four secretaries general of the United Nations and, as chief of protocol under President George Bush, presided over one of the more colorful diplomatic gaffes in recent history, died on Thursday, Sept. 29, 2016 in Greenwich, Conn. of a heart attack at the age of 78. He was a Boca Grande property owner and loved by many. Mr. Reed began his long career at the United Nations in 1985, after four years as ambassador to Morocco under President Ronald Reagan. He began as United States representative to the organization’s Economic and Social Council, where he was responsible for African issues, and later held the rank of under secretary general serving Javier Pérez de Cuéllar, Boutros Boutros-Ghali, Kofi Annan and the current secretary general, Ban Ki-moon, who appointed him as special adviser in 2007. Mr. Reed was the cherished father of Electra and Serena; treasured grandfather of Maude, Marina, Francesca and Vladimir; and devoted husband to Mimi Byers, who predeceased him. He was a graduate of Yale University. At The Chase Manhattan Bank, he traveled the world as chief assistant to his good friend CEO David Rockefeller. Mr. Reed led a life of great success and happiness, and he leaves his friends and family with joyous memories. A private family service has been conducted. See more at: http://www.legacy.com/obituaries/nytimes/obituary.aspx?page=lifestory&pid=181695718#sthash.dxxEmRw9.dpuf