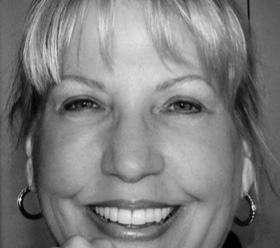 The Boca Grande Historic Preservation Board approved all four items on the agenda at the monthly meeting held on Wednesday, June 12.

The first special certificate-of-appropriateness case was a request for an addition to the rear elevation, including a garage with vehicular access to the alley at 461 Palm Ave.

Lee County Planner Peter Blackwell said the applicant is proposing to construct an attached garage with a second-story storage room and a new master bedroom at the back of the house. The applicant also wishes to install a courtyard between the two additions.

“The one concern staff had was that the two-story addition might be a problem due to the height, but as it’s located at the rear of the residence, that helps minimize those visual problems,” Blackwell said. “And there is an alley way at the rear of the home, so it won’t be very visible.”

Former Lee County Planner Gloria Sajgo spoke on behalf of the applicant and said that the additional space is minimal and would maintain the style of the historic district.

“Libby Candler has been working on this project for a long time, and she has broken down these additions over two different wings,” Sajgo said. “The building itself is only about 40 feet wide, so the increase in air conditioned space is going to be only about 255 feet.”

Blackwell said staff recommends that the Board make a finding that the proposed additions are in compliance with the design guidelines of the Boca Grande Historic District and the Lee County Land Development Code Chapter 22, and that the Board approve the request.

A motion was made to approve the request, and it passed.

The second item on the agenda was a request to replace the interior flooring of the Crowninshield building located at 131/135 First Street W.

Blackwell said the applicant is seeking to replace the underneath wooden floor joist system with a concrete slab over which a new, matching wooden floor would be placed.

“The problem with that building is that it has had a lot of water damage that causes periodic need for replacement and repair,” Blackwell said. “This request gave staff a bit of a pause, due to its being a permanent kind of change for the structure. But we need to be able to preserve the house from damage, so it’s a necessary step. Nothing will be visible from the outside or inside once it has been done.”

Blackwell said staff recommends that the Board make a finding that the proposed additions are in compliance with the design guidelines of the Boca Grande Historic District and the Lee County Land Development Code Chapter 22 and that the Board approve the request. The project is estimated to be completed by October 1.

Lee County Parks and Recreation Director Jesse Lavender said the project will be funded by the County.

Board member Susan Hanafee made a motion to approve the request, and it passed.

The third item on the agenda was a request to make an addition, demolish a pool and construct a garage at 251 Park Ave.

Lee County Planner Anthony Rodriguez said that in order to make room for the garage, the applicant is proposing to remove an existing in-ground pool.

“The addition will be at the west/rear of the existing residence and a small 8×8 screened porch will be attached and will provide access to the addition,” Rodriguez said.

The addition is going to accommodate a master bedroom, a master bathroom, a powder room and a laundry room.

The garage is going to be located on the southwestern portion of the property. The applicant is proposing to utilize materials that are consistent with and complement the existing residence.

Rodriguez said staff recommends that the Board approve the special certificate of appropriateness and allow the construction of the addition to the residence.

A motion to approve the request was made by Board member Bill Caldwell, and it passed.

The final item on the agenda was a request to alter openings on the west side of Gasparilla Inn Cottage #51.

“The applicant is proposing an interior remodel, including changes to the south façade,” Rodriguez said. “There currently is an existing door and a small porch.”

The applicant is also requesting to replace the existing vinyl siding with plank siding.

Rodriguez said staff recommends that the Board approve the special certificate of appropriateness. A motion was made to approve, and it passed unanimously.

Vice Chair Paul Eddy asked if there were any items for discussion by the public, board members or staff.

Board member Susan Hanafee announced that she has sold her home on Tarpon Avenue and moved to Seawatch at the north end of the island.

“As a result, I am becoming a resident of Charlotte County, and I am having to resign from the Board today, and I feel very sad about that,” Hanafee said. “This is a great group, and I love being involved with this organization. I’ve learned to respect and appreciate all your opinions.”

The next meeting is scheduled for 10 a.m. on Wednesday, July 10.