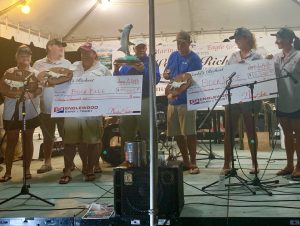 Hey, Moma! with Capt. Wayne Joiner took the $12,500 prize for the last fish caught of day one.

Searene with Capt. Lamar Joiner Jr. took second place for $20,000 with three tarpon released yesterday and the only tarpon released on day two, for a total of four in the two-day tournament. He also took first and last fish released for day two with that lone silver king today, for an additional $25,000.

The team on the Boca Blue with Capt. Sandy Melvin took first place in the tournament with five releases, all on day one. His team received $30,000 for first place and an additional $12,500 for the first tarpon released on the first day.

Congratulations to all the winners from the Boca Beacon!! 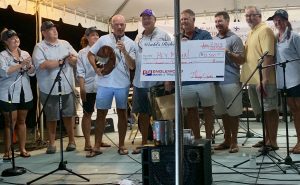 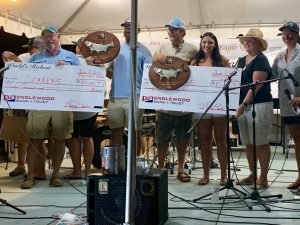 More coverage to come on Friday.

Newer PostIt takes a lot of hard-working people to make the GIKC as successful as it is
Older Post2019 Gasparilla Island Kids Classic Tarpon Tournament: A record-breaking day!