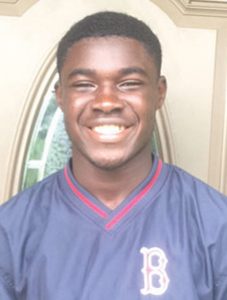 According to police reports, Godrien “Gody” Marcelin of Port Charlotte was in the water by the rock jetty at the south end of the island at Gasparilla Island State Park.

A witness, a friend of Gody’s, said she could see he was having trouble in the water just as another boy who was in the water with Gody cried out for help. The witness, who is the same person who made the original 911 call, told deputies she saw Marcelin go under water and not come up.

The witness said the 911 call was placed within a minute of Gody’s going under water.

Thomas Parker, the leader of the Charlotte Harbor Young Life group, said he and a group of 15 people arrived at the park around 5 p.m., and Marcelin went into the water 10 to 15 minutes after their arrival.

Parker told deputies he jumped in the water when he heard Gody was struggling, and he was at the end of the rock jetty within seconds but could not locate Marcelin. Parker said he and several others continued to search the water near the jetty, as did several boaters in the area.

According to the report, Gody did not know how to swim. Witnesses stated to deputies that Gody went under the water at 5:29 p.m.

When Boca Grande Fire and Lee County EMS arrived, along with the Lee County Sheriff’s boat, they eventually located Gody at 6:09 p.m. He was brought to the beach, where lifesaving measures were attempted. He was transported to Englewood Community Hospital. Gody’s time of death was recorded at 6:28 p.m.

Newer PostThis is your last week to vote for the Fust Library!
Older PostTwo lives saved from drowning at south end, thanks to human chain … and a pool noodle and shell sifter