There was no shortage of excitement on day one of the 2022 World’s Richest Tarpon Tournament, with 38 tarpon released during the four-hour fishing time.

The water and the weather were beautiful, and the tarpon being released were good-sized. 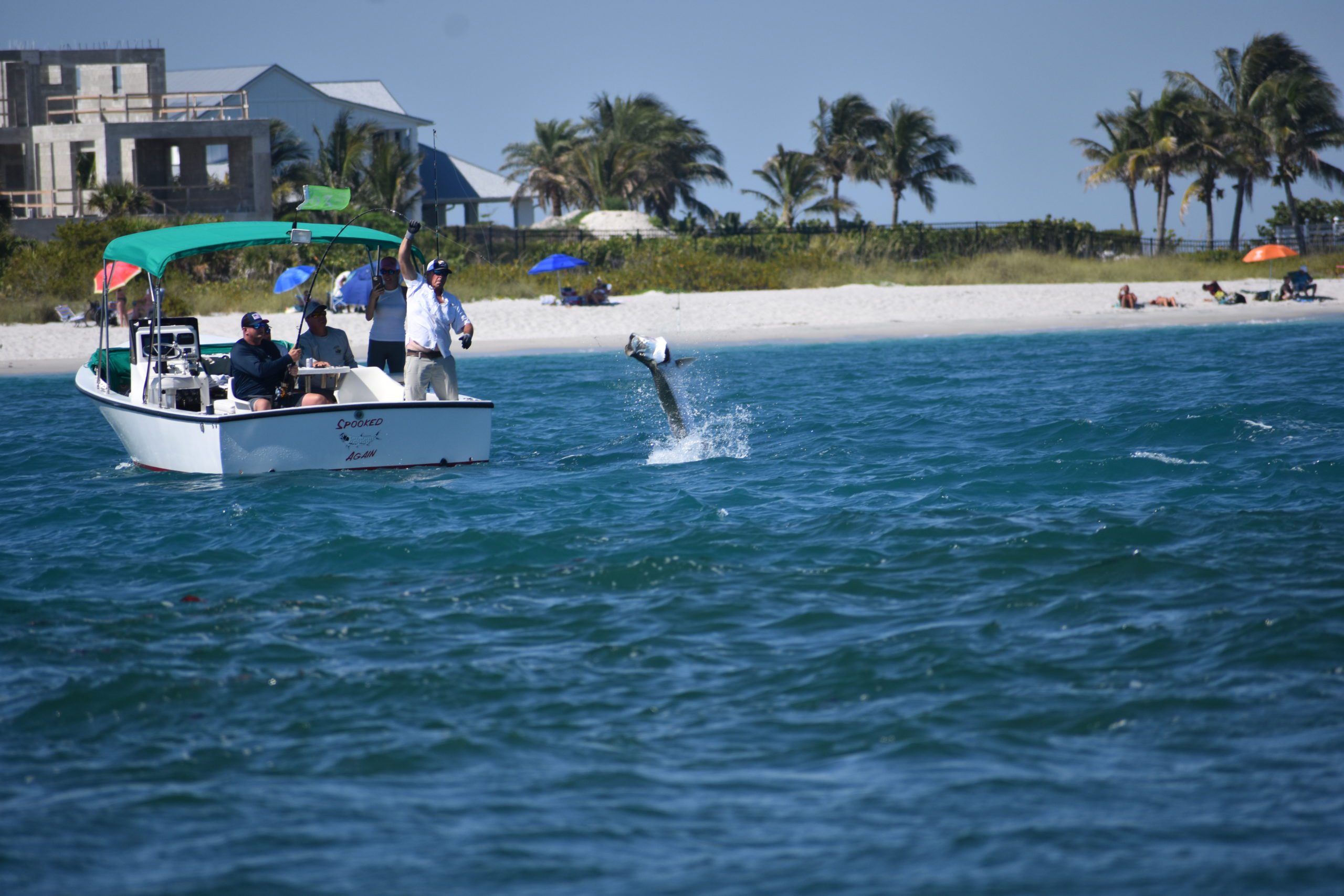 Capt. Steve Ahlers on Spooked Again jumping a ‘poon near the shore. 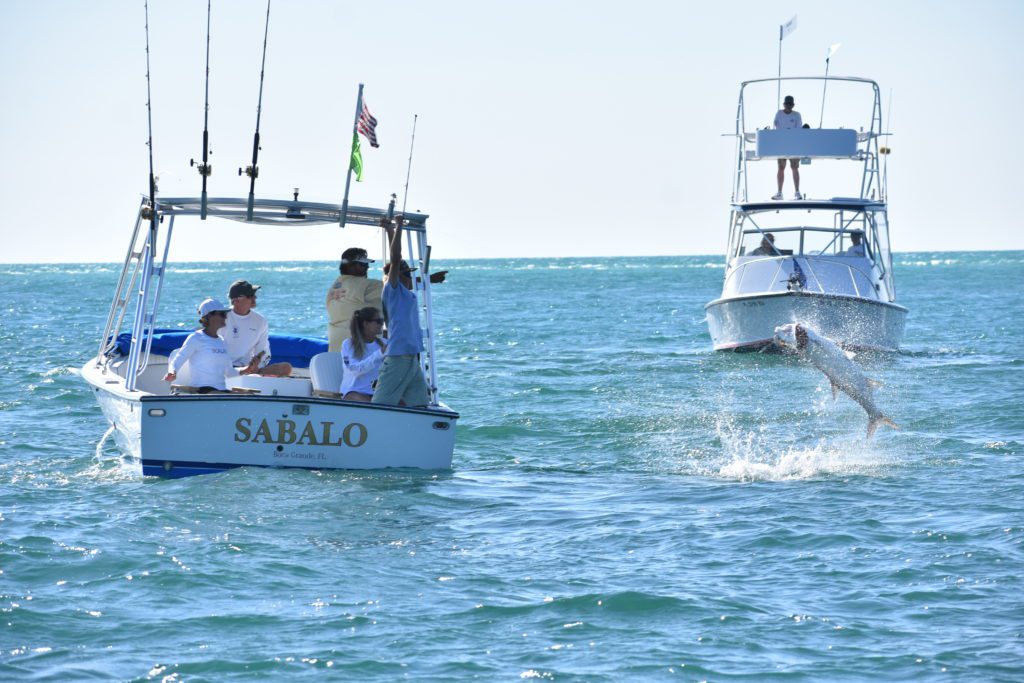 Capt. Chad Bombenger and his team on Sabalo watching their silver king tailwalk. 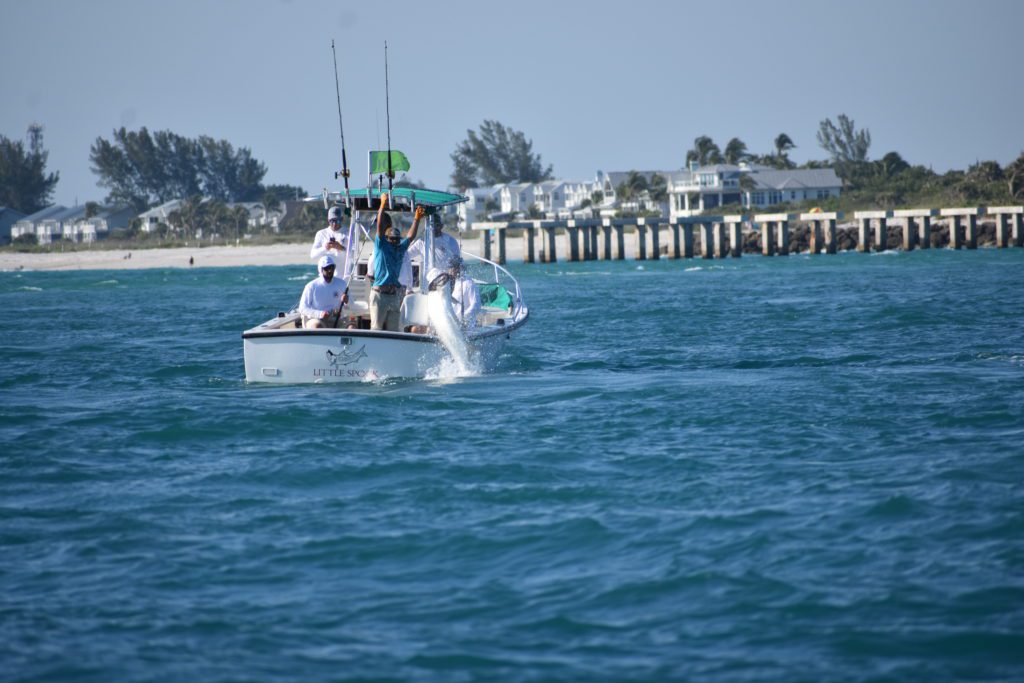 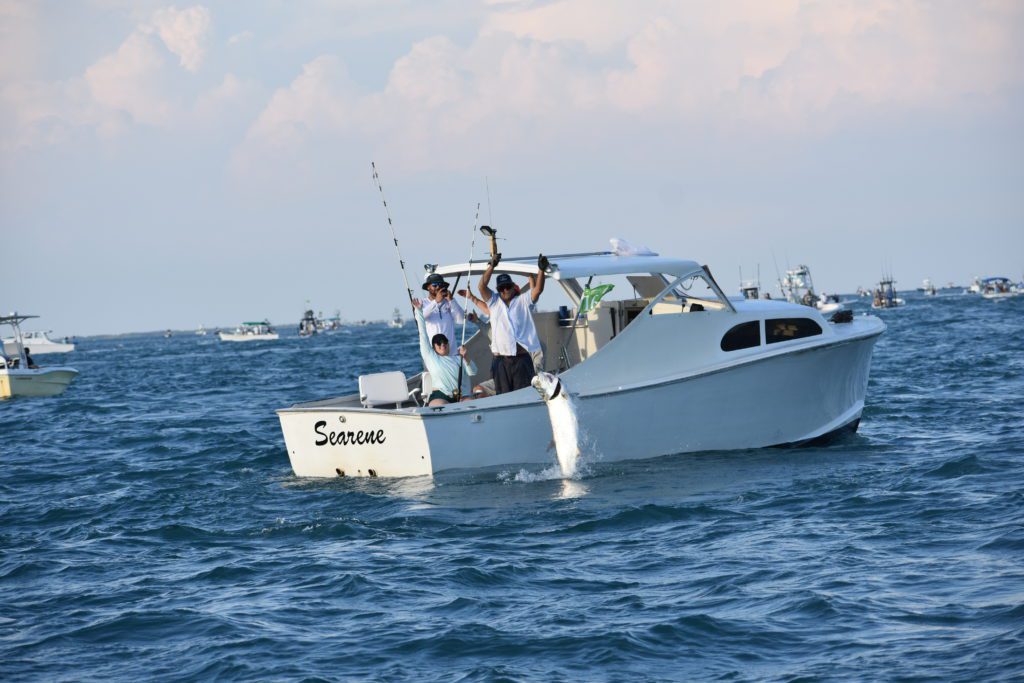 Capt. Lamar Joiner Jr. and his team on Searene had one right up to the boat for a release. 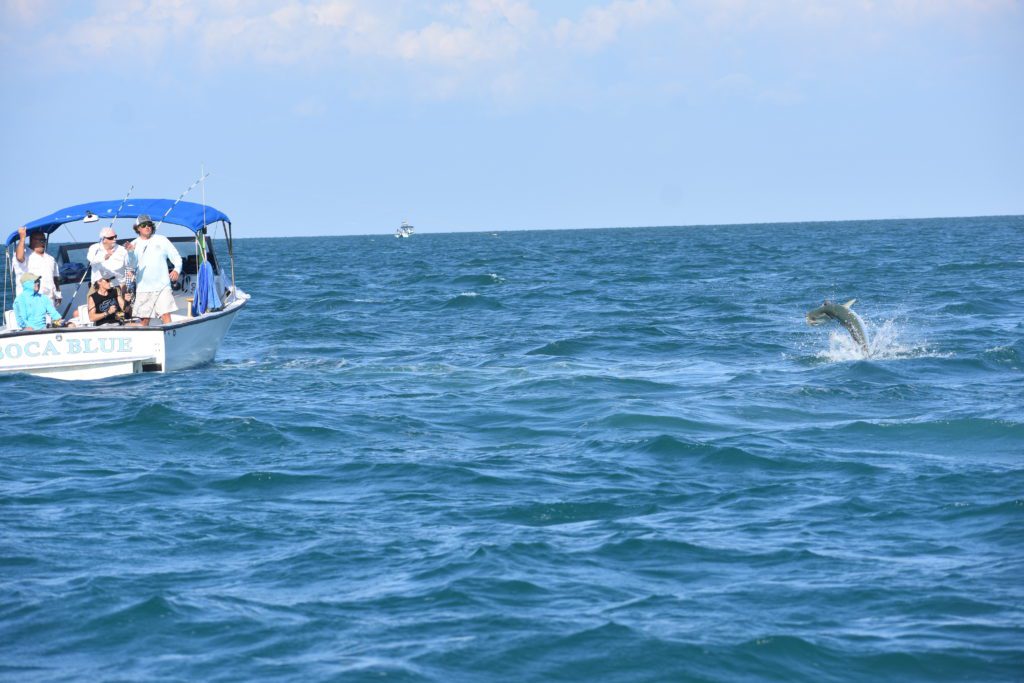 The Boca Blue team with Capt. Sandy Melvin had a nice-sized tarpon on the line several times during day one. 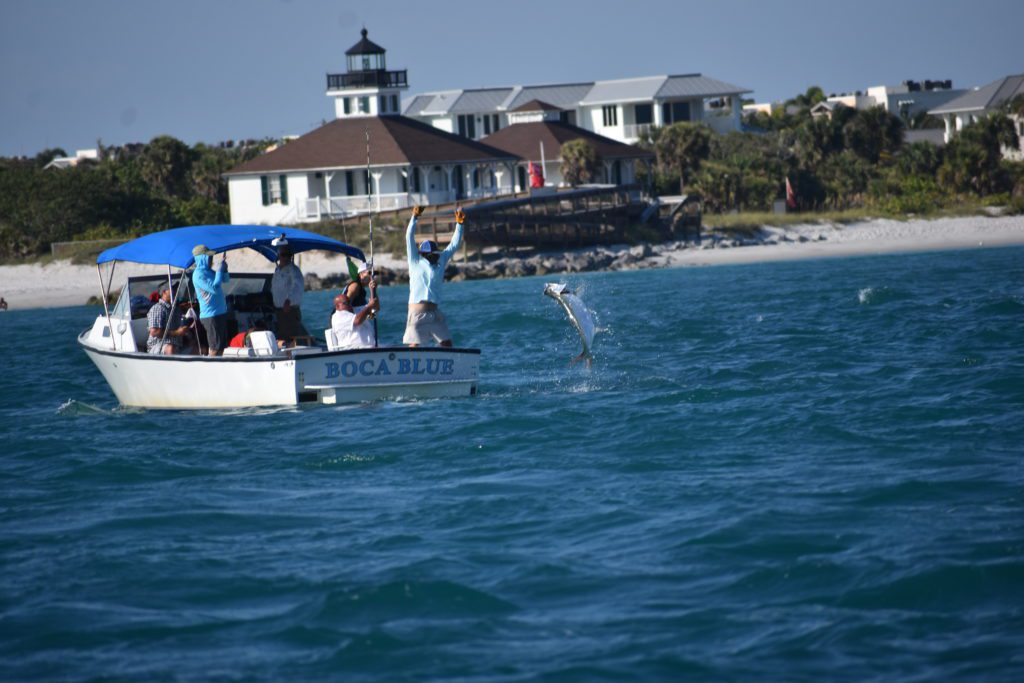 Another Capt. Sandy Melvin photo, this time with a tarpon jump just prior to release.