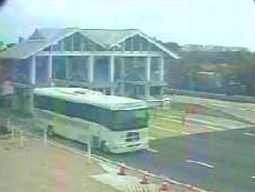 On Wednesday, Nov. 16 at noon the Gasparilla Island Bridge Authority will hold their first quarterly meeting of the season, and a very important topic to many will be voted on: whether or not to change the weight restriction on the bridge system from 40,000 to 80,000 pounds.

At their last meeting in April, the board announced they would be implementing a trial exception period for overweight trucks, allowing them to cross with a total weight of more than 40,000 pounds if they paid a $500 flat fee and $100 per trip over the bridge after that. Since then, less than a handful of businesses have signed up.

While board members have not been completely clear as to why they would consider keeping the weight restriction at 40,000 pounds, some people have mentioned the possibility of more tour buses and bigger trucks coming to the island. Others have said heavier vehicles might ruin the integrity of the roads on the island. At a public presentation held specifically regarding weight restrictions about a year and a half ago, a slide show was given by bridge contractors which clearly showed that the size of the trucks coming across the bridge would not change; just the weight inside the trucks would be more.

The contractors also said all roadways on the island were built to FDOT 80,000-pound standards, so there was no worry there either. With the current weight restrictions set at 40,000 pounds on the GIBA bridge system, which is 40,000 pounds below most bridges in the state of Florida, it would take three or four partially -oaded trucks to bring over the same amount that one fully loaded truck could bring over if the weight allowed was 80,000 pounds. That would mean less traffic on island roadways.

When asked about bus traffic, GIBA Executive Director Kathy Banson-Verrico provided the graph and table shown at right and below left. It indicates that in a 12-month period, the average number of buses crossing the bridge system was around 72.

That includes 17 two-axle buses, six three-axle buses, 26 small transport vehicles and 23 trolleys (see photos of examples of those vehicles below).

Everyone is invited to attend the meeting, particularly business owners or construction contractors with a vested interest in weight restrictions on the bridge.

Other business at the meeting will include the swearing in of new members and a fourth quarter financial update.