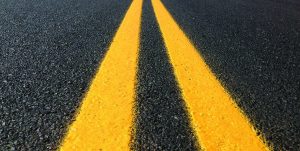 “Lee County DOT will be repaving 6.5 miles of roads in Boca Grande. Work will also include adding a 4-foot shoulder to both sides of Gasparilla Road,” Clayton said.

The project bid opening was Aug. 9; then the item will be slated for Lee County Board of County Commissioner approval before any work begins.

It is important to note that construction and road-paving equipment will be parked at the Wheeler Road ball field during this time of roadwork, which is the reason the Farmer’s Market cannot begin until January, 2017.