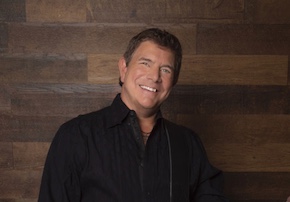 Grab your hat and boots and get ready to dance. The Southern Grand Slam Concert is coming to Charlotte Sports Park on Saturday, July 6.

And there’ll be a fireworks display, too.

Feature musician Jim Brown was raised in Nashville and started playing music at the age of 19. His uncle was in a rock band, and he recalls trying to sneak into the room to watch the band rehearse when he was a kid.

He made his debut at the Grand Ole Opry with his single “Honky-Tonk Women” in 2018 at a special tribute for American bluegrass artist Ralph Stanley.

His current single, “E-I-E-I-O,” hit the top of the music chart after two weeks.

Brown is excited to be performing in Charlotte County and sharing his music with a growing audience. He recently performed at the fairgrounds in Port Charlotte at the iHeartRadio 2019 County Fest, and he’s looking forward to returning to the area.

“We play original, wholesome country music,” Brown said. “We’ll be mixing a few covers in the show. We update some older country songs, but we keep the original sound.”

Brown will be performing his most recent single, “Revival,” at the show, and he hopes the crowd will appreciate the lyrics and the sound.

“This song goes back to my roots and the way I was raised,” he said. “There’s a lot of truth in the lyrics, and I hope people will relate to it.”

A kickoff party will take place tonight (July 5) at Over the Bridge Bar & Grill, located at 4300 Kings Hwy. in Port Charlotte.

Brian Turner, organizer of the event and president of Big Boy Toyz in Venice, said the kickoff party will begin at 8 p.m. tonight, and it is open to all. “Jim Brown will be performing, along with a few other surprise guests,” Turner said.

There will be many vendors at the event on Saturday and plenty of activities for kids. Food and beverages will be available for purchase.

One of the vendors will represent the Gary Sinise Foundation. Supporting veterans since 2011, the organization builds and donates specially adapted smart homes for severely wounded veterans. Sinise played Lieutenant Dan in the movie “Forrest Gump” and has dedicated the past several years of his life to helping injured and aging war heroes.

The Charlotte Sports Complex is located at 2300 El Jobean Rd. in Port Charlotte.

Gates open on Saturday at 4 p.m.

Tickets are $20 each if purchased in advance and $25 each at the gate. To purchase your general admission tickets, call (941) 206-4487, stop by the box office Monday through Friday from 10 a.m. to 4 p.m., or purchase them online at milb.com/charlotte-stone-crabs/events/southern-grand-slam.

Brown is planning to return to the area to perform again in October.

For more information on the performance schedule, visit jimbrownofficial.com.

Newer PostJunior takes the 2019 Buckle!
Older PostTurtles are turtling all over the turtling place