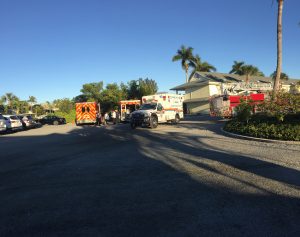 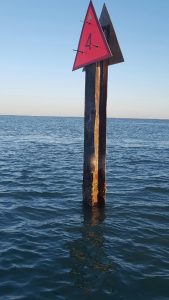 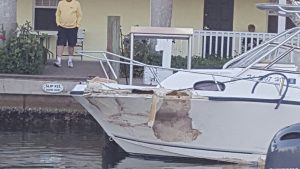 At approximately 5 p.m. on Tuesday, Jan. 31 the Boca Grande Fire Department and the Lee County Sheriff’s Office responded to a call at the Innlet on 12th Street, where a boat that had struck a pole in the water just south of Three Sisters Island was located. Four people were transported to Bayfront Hospital in Port Charlotte after being injured in the accident. The inset photo above shows the boat damage.