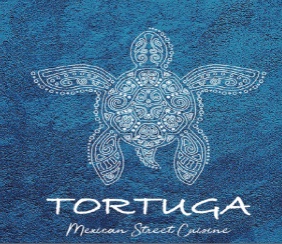 As of Tuesday, June 18, 2019 the Pink Pony will be officially giving the reins of its kitchen to David Mota, creator of its new kitchen concept and the name, “Tortuga.”

Tortuga Mexican Street cuisine is the brainchild of Pink Pony Owners, Julie Camp and Ken Heineman Sr, and Jr, as well as David Mota. Many Island residents, visitors and workers are very familiar with Mota’s rustic and authentic Mexican food.

Mota began his adventure on the island back in 2015 at the Boca Grande Farmers Market. He started at the market by himself, selling fresh guacamole, pico de gallo and shrimp ceviche. Over the years his following grew due to his loyal customers. Year after year, the crowds have grown, and Mota has enlisted the help of several team members.

After close consideration, Mota collaborated with the Pink Pony in May, 2018, and taco Tuesdays in the courtyard became an island tradition. With some help from Mota’s sister, Kateri, daughter Moizelle and niece Monet, has proven to be a recipe for a great atmosphere.

Pink Pony owners were ready for a change, and Mota in the kitchen was the obvious choice. Customers will still be able to buy ice cream, sundaes, shakes, cold and hot drinks and other treats from the Pink Pony, but the kitchen will now serve authentic Mexican street cuisine.

Guests will now order food at a walk-up window (designed to look like a food truck) and either take orders to go or enjoy the freshly-remodeled alleyway or the courtyard.

Monday, June 17 from 5 to 8 p.m. Tortuga Mexican Street Cuisine and the Pink Pony will be hosting a launch party in the alley next to the shop, and all are invited. Complimentary food and drinks will be provided.