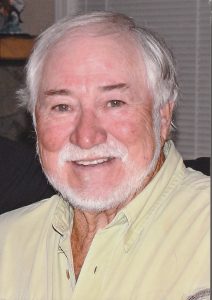 He was born on June 7, 1937 in Boca Grande to the late James and Elvera (Rodriguez) Joiner. He was an avid hunter and fisherman, a tarpon guide for 46 years, a commercial fisherman in the Florida Keys and Fort Myers Beach, and he was a past president of the Organized Fishermen of Florida, Marathon Chapter.

Cappy was instrumental in the formation of the Boca Grande Fishing Guides Association in 1988 and was the sitting president until his passing.

He is preceded in death by his parents and brother, Raymond Rodriguez.

A gathering of family and friends will take place after the service at Rotonda Country Club, 100 Rotonda Circle, Rotonda from 1 until 4 p.m.

Englewood Community Funeral Home with Private Crematory has been selected to handle arrangements. You may share a memory with the family at englewoodfh.com.