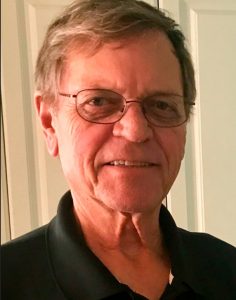 Laurier Donald Dean Beckstead, 74, passed away peacefully at his Palm Island home in the early morning hours of Wednesday, April 25, 2018, surrounded by his loving family.

He was born on July 18, 1943 and raised in Emerson, Manitoba, Canada. His family was part of the Beckstead family that pioneered the Canadian movement west, and Dean’s ancestors were homesteaders dating back to the 1750s.

He received a degree in engineering from the University of North Dakota, and an MBA in business administration from Xavier University in Cincinnati, Ohio.

In 1979 Dean and his brother, Garfield, purchased the property where Palm Island Resort is located and he became director and president of the resort in 1980. Prior to the development of the resort Dean contacted the University of Florida to conduct a preliminary environmental study of the island, and because of that study the 45-acre northern tip of the island adjacent to Stump Pass was dedicated as a preservation site to be maintained in its natural state. Dean took other measures to protect the island’s delicate ecological balance, including the elimination of automobiles from the resort.

He played a vital role in the Charlotte County Beaches and Shores Advisory Committee since its inception many years ago, and was a devout supporter of keeping local beaches as pristine as possible.

Dean and Gar were honored by the Lemon Bay Conservancy in 2014 for their donation of almost 10 acres of land on Thornton Key adjacent to the 30-acre Thornton Key Preserve, making the combined land into one of the largest park and preservation areas on any barrier island in Southwest Florida.

Overall Dean founded or was affiliated with more than 29 companies over a 32-year period of his life including Palm Island Water Taxi, Palm Island Marina, LLC, Island Harbor Beach Club, LLC, Bocilla Islands Conservation Foundation, Palm Island Transit, Inc., he was the president of the Charlotte Harbor Land Company and, of course, of Palm Island Resort.

Dean was an avid fisherman, competing in many marlin and billfish tournaments. He was the co-founder and organizer of the Palm Island Resort Angler’s Classic Billfish Tournament that was held in the 1980s, that offered a $46,000 prize fund. It was the largest billfish tournament purse on the west coast of Florida for its time.

Dean was a member of the Charlotte County Republican Party and of the Englewood United Methodist Church. He served on the Board of Directors of the University of North Dakota Alumni Association from 2013-2017. He was also a big supporter of Lemon Bay High School baseball, and was a major contributor to the advancement of the Sky Academy and the Englewood YMCA.

Dean truly thrived on perfecting the wheel. He was a “measure twice, cut once” man in a discombobulated world that he sometimes found hard to understand. He was an incredibly hard worker and when Hurricane Charley hit the area in 2004 Dean, his family and his employees took their barges back and forth to Palm Island and Useppa Island (which Gar owns), spending weeks pulling out brush, cleaning up destroyed homes and spending hours every day doing the work necessary to bring Useppa back to life.

Dean was also a very loyal and generous man to his family, friends and employees, and is remembered fondly for the grand, quiet deeds he performed without wanting an ounce of notice for doing them. Because of Dean many families have flourished, many small businesses have been started and many, many lives have been influenced for the better.

He was preceded in death by his parents, Elsie and Donald Keith Beckstead.

Services will be held on Tuesday, May 1 at 11 a.m. at the Englewood United Methodist Church. Arrangements were made by Lemon Bay Funeral Home and EUMC. In lieu of flowers please consider donations to either the Englewood Family YMCA, 701 Medical Blvd., c/o Marcia Ziegler, Englewood, FL 34223; or the UND Foundation, 3501 University Ave., Stop 8157, Grand Forks, N.D. 58202.

Newer PostISLAND LEO BEAT: Looking back on our 2018 tourist season and a warning to stow your tackle
Older PostA pioneering Florida family: The Albrittons