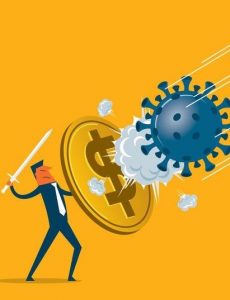 BY MARCY SHORTUSE – As Gov. Ron DeSantis announced on Wednesday that on May 4 some retail shops and restaurants would be opening for limited business, some cheered and prepared to go back to work. Others looked into the faces of their family members and wondered how they were going to survive this next few weeks. While some business owners and employees are finally getting results from the Paycheck Protection Program, other people have been relying on unemployment benefits to carry them through this pandemic … and, like many Americans right now, that system doesn’t seem to be working.

You see, when Floridians were told to stay home, and when non-essential businesses closed, promises were made that people would be helped financially through the state and through the federal government. Weeks went by for many, and those promises were not being kept. Many business owners were paying their furloughed employees out of their pockets, some for a month or more. As the bills kept coming in and income was not, the tension among the people on the island – and across the country – began to mount.

One island builder with five employees and many subcontractors was one of the first to apply for assistance, but weeks went by and he was still not getting any answers. Finally he checked in with his Englewood accountant, Chris Dutery, who led him in the direction of Centennial Bank and another lending opportunity. That bank had to turn him down at first when the money ran out two weeks ago, but told him he was first in line when more funds came in. The bank held true to its word, and he now has written approval for a loan … a loan that has not yet been funded, but is promised. His original bank still hasn’t come through with funds, but he did receive $5,000 from the Economic Injury Disaster Program – $1,000 for each employee. By the time it came through, it was barely a drop in the bucket. That means he is still paying his employees out of his own pocket to stay home, weeks later. He said he can pay payroll and his mortgage next week, and that it all.

Not all the news is bad, though. Within the past two weeks many businesses have been seeing their small business loans and PPP loan/grant bringing in money. According to President of Englewood Bank & Trust Kevin Hagan, all applications they submitted have been closed and funded.

“Yes, it was busy and we put in long hours,” he said. “With the last round of funding, SBA systems were overloaded, as would be accepted. We found inputting worked better late at night or early morning.  Now that this process is behind us, customers have communicated their appreciation.”

On the unemployment front (or as it is known right now “reemployment”), news is very grim. It is difficult to find anyone who has applied that has received the money they were supposed to receive. Most have received nothing, while some have received partial payments.

Today, the Florida Department of Economic Opportunity issued reemployment assistance updates on the Reemployment Assistance (RA) Claims Dashboard. As of April 28, DEO has verified 835,290 unique claims and paid 404,317 claimants a total of more than $553.5 million.

That number isn’t encouraging to those who can’t even submit a question on the department’s web site without getting a response that says, “invalid email address.”

One woman wrote to us regarding their negative experiences with the unemployment process.

“My husband works on the island and the work I do is food demo related,” she said. “Neither of us has received any unemployment benefits. I have never applied for unemployment, and have had the worst experience with the system and communication with any employees of the department. It is a part time job trying to get on the website or reach someone to inquire about our applications. I know there are many who have been denied their claim, many in my situation. Florida has been inundated with claims, however, this is really not acceptable in my opinion.”

This is a common statement across the board, coming from a vast amount of people (and usually not in such a kind way). This woman and her husband, though, like many, have been blessed by the Boca Grande Woman’s Club. The organization has saved many island workers from complete financial devastation in the past weeks, and they have given generously in this dire time of need.

“This lovely group of ladies were so kind, and have no idea the joy they have given us in their generosity,” she said.

Newer PostA message from the Clinic: Putting the pieces together
Older PostFirst four turtle nests found, prior to May 1 season opening