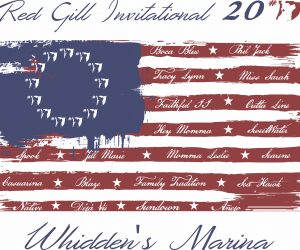 The Red Gill Invitational Tarpon Tournament may be new to you, but this is actually the second year this event will be held.

Fishing takes place on Sunday, May 28 from 5 to 8 p.m. in Boca Grande Pass and an awards ceremony will be held at Whidden’s Marina directly afterward.

The cost to enter is $650 per boat, with cash prizes awarded to first and second place.

There are also prizes awarded for the first fish released and the last fish caught during tournament time. Each boat is eligible for only one prize.

For more information contact William Woodroffe at wwoodroffe@usameribank.com or by calling (813) 310-1609.