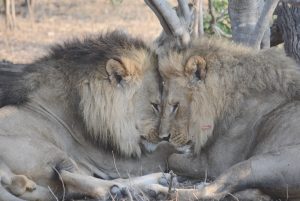 Members of the BGCC will be displaying photographs of wide- ranging subjects, from the restoration of the Boca Grande Range Light all the way to wild animals in South Africa and Tanzania.

At right are two samples of photographs which will be on display.

The Barrier Island Parks Society  project to “Keep the Light Shining” at the Rear Range light on Boca Grande was a nearly $2 million project, made possible through donations, which  involves historical restoration to its former 1927 glory. The restoration includes sandblasting, painting, new doors, windows, anchoring re-enforcement and a new cement pad around the base. Larry McNiff of the Boca Grande Camera Club was asked to photographically document the restoration progress of the lighthouse for the Society.

BGCC members have until February 27 to enter the show.