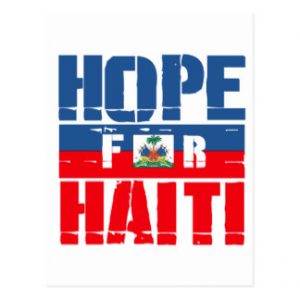 Say “Haiti,”and in the minds of most, images of poverty and aftermaths of natural disasters tend to come to mind.

Even though this is the current reality for many in the southwest region of the country one month after Hurricane Matthew, life for others in other parts of the Caribbean nation is moving forward. For seven years, the Boca Grande Hope for Haitians committee has been transforming the lives of hundreds by building six villages through the international relief and development organization, Food for the Poor.

“The Boca Grande Hope for Haitians committee has built more than 200 homes, clinics, community centers and schools in Haiti. They are an amazing group of people who have done and continue to do wonderful work by helping families to literally rebuild their lives,” said Angel Aloma, executive director of Food for the Poor.

“It’s sad to say, but reports of progress in Haiti can often go unnoticed. We’re seeing the seeds planted by our dedicated donors take root, and the results in Gressier by Boca Grande and others are fantastic.”

In May, Boca Grande Hope for Haitians reached its fundraising goal of 27 homes for the second phase of their sixth project, for a total of 60 homes in Friendship Villages
V and VI in Gressier. Families who had been living in tents since the 2010 earthquake were relocated to the 27 homes before the peak of hurricane season. In September,
Ben Scott, co-chairman of Boca Grande Hope for Haitians, returned to Haiti with Food for the Poor to see the progress and to meet some of these families.

“These people started out after the earthquake homeless, having no place to stay and moving into tents where many of them have stayed for six years before moving into the safety of these houses,” said Scott. A father of seven, with tearful emotion, expressed his sincere appreciation to Scott and the committee members for his new home:
“You are doing the work of the Lord, and God will bless you for that.”

As Scott toured the new community of houses in Gressier, many of the families living there expressed their gratitude for the blessing of having a secure and sturdy new home. “This is one of the most comprehensive projects we’ve ever had in Haiti for one village. We’re going to end up with 307 homes here, and by the time we’re finished building, the children are going to have a playground, there’s going to be a school, an orphanage, potable water, leadership training and training for people to work and make a living,” said Aloma.

“All of this together is going to make this a jewel in the crown of God’s glory. If it wasn’t for God, we wouldn’t be able to accomplish this.”

The next goal for Boca Grande Hope for Haitians will be the relocation of 130 families from what’s known as Alpha Village, which is located on the outskirts of Port-au-Prince. The community of makeshift structures is situated between the ocean and an active landfill, where the stench of burning and rotting garbage lingers heavily in the air. It’s also overcrowded and has no access to clean water or sanitation.

“This is our second trip here, and we have identified the need, and it’s more than any other place we’ve seen in Haiti. Our objective is to take them out of here and move them to the Gressier area,” said Scott. “Human beings should not have to live like this.”

The fundraising will continue with the Boca Grande Hope for Haitians’ annual cocktail and hors d’oeuvres reception at The Gasparilla Inn Beach Club in Boca Grande, on Tuesday, Feb. 7, 2017. The theme for that event will be “Rebuilding Haiti, One Brick at a Time.”