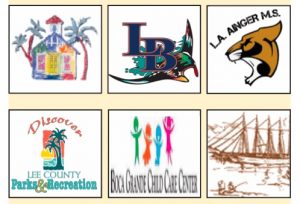 More than $230,000 was awarded this week to 20 local nonprofit organizations through the 2018 Community Grant Program of the Boca Grande Woman’s Club.

The announcement was made following the Club’s annual meeting on April 2. In addition to the community grants, the Club provided scholarships for 55 students, totaling more than $227,000.

Both the scholarship program and the community grant program are funded through the annual Woman’s Club Gala and Boca Bargains.

“Without our members and supporters, we would not be able to make these contributions to our community or scholars. Their hard work and commitment are what makes these two fundraising efforts so successful,” said Kathy Berry, BGWC’s president.

Funding was also approved for the Boca Grande Historical Society’s new exhibit: “Boca Grande: Once a Railroad and Industrial Town” and for the purchase of a new piano for use by Royal Palm Players and the Boca Grande Community Center.

“It is with great pride that we announce these awards each year,” said Berry. “Our members work hard to generate these funds, and we are devoted to supporting the Boca Grande Community.”

Since its founding in 1948, the BGWC has contributed over $3 million in funds to support community projects and local nonprofit organizations. The Club began giving funds to local groups as early as the 1950s.

Founded in 1948, the Club will celebrate its 70th birthday this fall.