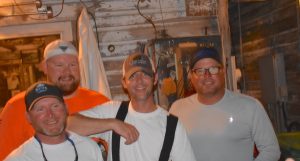 BY MARCY SHORTUSE – Capt. Waylon Mills once again showed them all how it’s done in the 16th annual Howl at the Moon Invitational Tarpon Tournament, held last Saturday, May 16.

Mills and his team, that included anglers Jake Poepl, Tony Scully and Chad Vandergriff, took first place with seven tarpon released, including a double-header midway through the tournament. They took home a cash prize of $6,210. 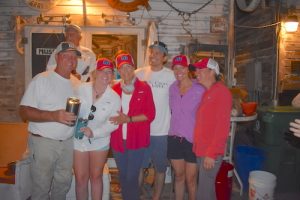 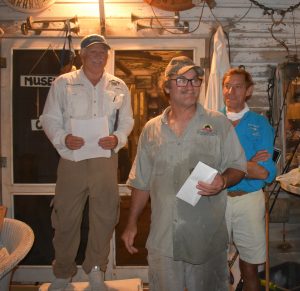 The prize for the last fish released went to Capt. Lamar Joiner Jr.’s team on the Searene, but it was a close one. There were six fish on at the end of the tournament at 9:59 p.m., but the first to be released after the tournament time was done was by Capt. Lamar Joiner Jr. and his team of anglers – Richy Edwards, Tiki Serrales and Lamar Cole – in just four minutes. They took home a prize of $2,300 for that tarpon.

In all, 73 tarpon were released during the tournament, with an average release time of six minutes.

Melvin and his staff will be hosting the 11th Annual Ladies Howl at the Moon Tarpon Tournament on Saturday, June 13 from 7 to 10 p.m. in the Pass. Call Special Effects at 964-0907 for more information or to register your team.

For more photos see the hard copy edition of this week’s Boca Beacon.

Newer PostLETTER TO THE EDITOR: One omission in ‘COVID diary’ story
Older PostA message from the Clinic: A history of masks throughout the ages