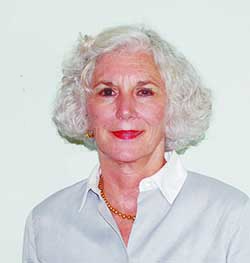 BY MARCY SHORTUSE – Ginger Watkins and Lee Majors retain their seats as chairman and co-chairman of the Gasparilla Island Bridge Authority, as a vote was cast at the board’s quarterly meeting on Tuesday, Feb. 2.

The board also voted in Drew Tucker as the Audit and Finance Chairman, replacing Bill Holmberg who is moving off-island, and voted to have Peter Strong continue on with his duties as the engineering committee chairman.

“I’m very pleased to serve again as chairman,” Watkins said. “It’s quite an interesting experience. I think, though, going forward through the years we should change it up, as it adds ideas and freshness to the GIBA board meetings.”

The board also discussed the fact that in the last quarter of 2015, 170 new bridge pass accounts were opened, and that in the future they will try to figure out a way to allow drivers to use a credit card to pay their toll.

Watkins also addressed bridge openings, and wanted to clarify that the bridge tender does not open the bridge unless there is a boat waiting. Right now the schedule, set in accordance with the U.S. Coast Gua 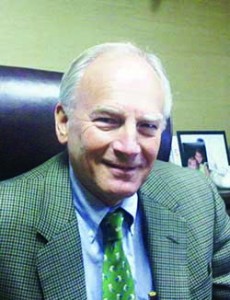 “If people won’t take their antennae down and they request an opening, we have to open for them,” Watkins said, as they are trying to decrease bridge openings whenever possible. “But we will write them up and the Coast Guard can fine them.”

Watkins said last Thursday bridge tenders finally took over control of the new bridge, and tenders are now operating without supervision from GLF, the company building the bridge.

“In December the old bridge opened 214 times, while the new bridge had to open only 142 times, which is 33 percent less,” she said. “We estimated possibly 50 percent less openings, and I think we actually will recognize that at certain times during the year.”

Watkins also mentioned that if drivers see bridge workers in hazmat suits in the next week or so, they are going to be doing lead abatement on the old bridge prior to its removal.

“Nothing to be frightened of,” she said. “They’re just there for the lead.”

Workers will carefully scrape and suck the lead paint into a containment system, to make sure none of it gets in the water. After that the steel will be completely removed, and GIBA Executive Director Kathy Banson-Verrico said they may remove the last piece of steel as early as next Friday, Feb. 12. All steel and pilings will be recycled.

“I hope that everybody understands the critical nature of what’s happening right now, and that every day brings a different decision to be made,” Watkins said. “It was just a few days ago we found out that the company sent to cut the steel was not certified in lead disposal. We had to go to a brand new company. And that’s just one aspect of this whole project – when you look at what GIBA is responsible for, every few day there’s a major activity that our executive director has to switch gears and handle.”

Watkins said that is a primary reason why other discussions, such as weight restrictions, are not being addressed at this time.

“I have had requests for other things to be brought up on the agenda, but we have to stay focused on removing this secondary bridge, not on the weight limits and other matters,” she said. “We are staying focused on what we have to do to finish our job right now.”

Board members also discussed a few near-misses at the toll booth when people are merging to the left to get on the bridge after the toll booths. While there is signage to slow down many people are not.

“When the wall is built the road will shift to the west and you’ll merge just as before,” Banson-Verrico said. “Right now the problem is, people aren’t paying attention to the signs.”

In other news, Trisha Lowe and Patricia Agles from the Boca Grande Historical Society met with the board to discuss the potential of an exhibit regarding the bridge’s history. The board was very receptive to the possibility of an exhibit, and plans will be forthcoming.