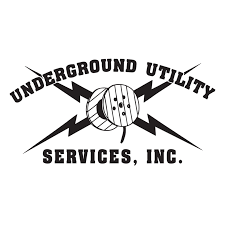 BY OLIVIA CAMERON- Just off the edge of Gulf Boulevard, trucks and giant pipe wheels have lined the street. Underground Utility Services has been installing pipes beneath the roadside soil.

It’s been a few weeks since the work began, and local residents who pass by the utility trucks may have wondered why they’ve continuously drilled underneath the surface.

Pipe boring is a system in which pipes are installed underground to protect important cables from water damage. External threats to the wires can damage valuable electrical lines and create extra problems. Underground Utility Services confirmed that their pipe boring began with a process of flagging the underground cables to avoid potential damage. Then they began to install the pipes.

A trenchless pipe installation is typically suitable for laying cables and pipes. Methods that involve digging a trench prove to be worse for the environment and harder to dig in rocky soil. The work includes drilling a hole on the path of installation, followed by widening to a specific size in order to place the cables properly.

There are multiple methods for encasing the cables, including directional drilling and the auger technique, both of which bore without digging up a large trench in the ground. The auger technique, used to continually remove the soil as needed, is safer for the employees. Directional drilling, in which pipes are steered into the ground, is the most common way to bore the pipes.

The process involves extensive equipment, including pipes, drills, pumps, hoses and a mud reclaimer. This explains why the workers are pulling piping from what looks like a giant thread spool.

Underground Utility Services is maintaining the protection of underground cables. Cable damage has yet to be reported.