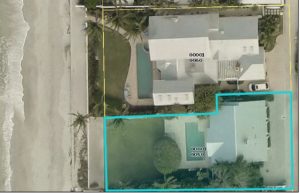 The meeting was brief but things were accomplished at the monthly gathering of the Boca Grande Historic Preservation Board on Wednesday, Feb. 13. Three items were shown on the agenda, but one – a proposal to remove an existing non-contributing home at 235 Banyan Street – was continued until a later date.

The first item discussed was proposed alterations to the main residence at 1141 11th St. W., which would include a new deck and porch extension, alterations to the guest house and modifications to an accessory garage. Peter Blackwell, a representative from Lee County Planning, said staff recommended approval of the project. The board had few remarks and approved the proposal unanimously. Construction on that project is scheduled to take place in the summer, so construction parking won’t be as much of a problem on the narrow street.

The next item up for debate was a larger project on Whiskey Row regarding two homes next door to each other (both owned by the Soderberg family) to be re-adjoined as one family compound, as it was originally. One of two pools would be removed on the grounds, the other pool would be reconfigured, there was proposed demolition of a masonry wall to allow for a gate to be re-installed onto the beach and another garage would be added on the southern part of the property.

Board Member Becky Paterson explained that she was well aware of the history of the homes, and that they were both included in one parcel long ago. One of the residences was originally a pool house when the property belonged to a member of the du Pont family, and the proposed demolition of part of the wall to allow for a gate was also taking it back to its historical roots.

It used to be a gate to the beach, and it lines up with the house at 255 Whiskey Row,” Paterson said. “When they put the second pool in it eliminated the path to the beach … that was only a few years ago.”

After minimal conversation and praise to the architect Dwight Oakley for presenting such a sound and tasteful project, the board unanimously approved the project.

The board’s next meeting is scheduled for March 13 in the Woman’s Club Room at the Boca Grande Community Center.