Jeff worked at Tampa Electric and Lee Memorial Hospital as a Computer Programmer before starting his own business as a CPA in Punta Gorda. He was past president of the Boca Grande Community House, and at one time served as treasurer for the Boca Grande Water Association. He was the founder of the Charlotte County Poets Society, and was a long-time community activist for Boca Grande (as was his father, Jefferson Gaines, who was Postmaster of the island from 1917-1963).

Being the humble man that he was there are no formal services planned.

This is a letter written to the departed Mr. Gaines from his good friend and island resident, Capt. Robert Johnson:

Good bye Dear Friend. Jeff Gaines Jr. and I were close friends for 60 years. For many of those years, we would sit on his front porch under the banyan trees and talk about the problems of Boca Grande, and even the world beyond Boca Grande. As his sons Jeffy and Ronald have said,he had a rye and at times inscrutable sense of humor.

At times, even I didn’t know what he was talking about, but having spoken to him for so many years I could interpret his meaning.

In fact, he often spoke in parables. For instance, at the last big school reunion at the school auditorium, he addressed the assembled former graduates as a “bunch of spooks.” Most of the people in attendance probably did not understand what he meant, but his parable was clear to me. As his close friend, he meant we are all here for a short time and now my friend Jeff, is one of those spooks hopefully together in a better place.

Jeff, like his father who I knew very well, had a vision for a better Boca Grande; one that included everyone and not just the privileged few (it’s amazing what a few martinis under the banyan trees can elicit). Now that Boca Grande is an enclave of the super wealthy, there does not seem to be any place for the oddballs that have come and gone over time.

Peanuts, Dirty Dave,Wharf Rat and other colorful characters are a part of the past, a past that was populated by those who sought out a different place to live … and not just a place to escape. Jeff elicited Boca Grande at its best and will be missed greatly by many of the people who he came in contact with over the course of his life. I, too, will become one of those spooks in a happy land, looking forward to the day I reunite with my friend.

Becky Seale Paterson, an island resident and relative of Jeff’s said, “When my sister Warrena married Jeff Gaines Jr., our family was blessed beyond measure. His role as our CPA expanded to ‘Mr. Go To Guy’ for just about everything. His guidance with our family business, and with Mother’s passing, and Daddy’s dementia and care. He’s been an extraordinary husband to my sister, the best father to my niece and his sons, and Big Pa to his grandchildren. I miss my ‘go to Guy.’”

Steve Seidensticker, a man who meant many things to many people on Gasparilla Island, passed away on Tuesday, Aug. 14 from cancer. He was 65.

With a last address in Sarasota, he was born in Ohio on May 23, 1953. Steve ran the Gasparilla Inn & Club for 25 years before he moved to Sarasota and started the Tableseide Restaraunt group, which included some of the finest restaurants in that town.

He is survived by his four children – Lisa, Patrick, Joe and Olivia. The three eldest children (Lisa, Patrick and Joe) worked with him in his restaurant business throughout the years. He is also survived by his brothers, Jeffrey of Kentucky and Louie and Joseph of Columbus, Ohio, and a sister named Ellen who resides in Sarasota and Boston.

Steve was a philanthropist in many big and small ways. From starting a revitalization program in Sarasota’s Newtown district to being the first board chair of the Jewish Family and Children’s Services organization who was not Jewish, he knew a big part of his journey in life included helping others.

When he lived in Boca Grande, particularly in the mid-1990s, he worked with several other island residents to put children’s programs together.

“Steve was always asking, ‘Coach, what can I do for the Boca Bunch? What can I do for Boca Buddies?’ He was such a special person to everyone. Whenever I stopped by Libby’s (one of his Sarasota restaurants) with my wife, he always treated us like we were the only folks in the place,” said DJ Keisling of Friends of the Boca Grande Community Center.

A memorial fund – the Steve Seidensticker Memorial Fund – has been established by his family to benefit a Sarasota project called Miss Susie’s. Donations can be sent care of Gulf Coast Community Foundation, 601 S. Tamiami Trail, Venice, Fl. 34285, or by going to gulfcoastcf.org/steve-seidensticker-memorial-fund. 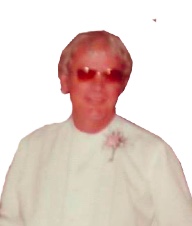 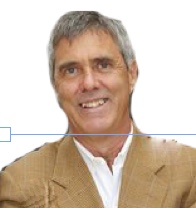 Newer PostHarmful algal blooms in Southwest Florida: Let’s tone down the rhetoric and work together for solutions
Older PostCharlotte County declares local state of emergency: ‘This is an economic tragedy’