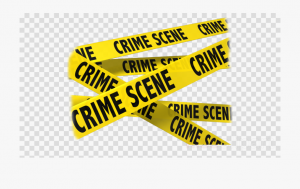 The island was the locale for two deaths in the past few weeks, and both deaths were of relatively young individuals.

On Monday, Nov. 18 at 8:46 p.m., the Boca Grande Fire Department and Lee County EMS, as well as the Lee County Sheriff’s Department, responded to a call concerning a man who had fallen from a golf cart on Treasure Lane in Boca Grande Isles. The caller stated that the man was bleeding from his head and not conscious.

According to reports, when emergency personnel arrived they found the 43-year-old male in the road with a weak pulse, not breathing. They performed CPR and transported the patient to Englewood Community Hospital, where he was pronounced deceased.

This report is still under investigation, and more information will be forthcoming in the weeks to follow.

The woman, identified as Marcella Solomon of Melbourne Beach, had apparently been staying at a home near where she was found. Charlotte County Sheriff’s deputies arrived on the scene first and made the determination that Solomon was deceased. According to Boca Grande Fire Department reports, their part in the death investigation was that of an agency assist, as they did not have any contact with the victim. Charlotte County Fire and EMS reports also stated they had no contact with the victim, and that the deputies on the scene told them they could not perform the basic tests normally performed to establish that a person is assuredly deceased.

According to Solomon’s obituary, she worked for the Boeing Company as a materials engineer for 25 years, most of those years assigned to the NASA Space Shuttle program. The obituary also said that Gasparilla Island was one of her favorite places.

We will continue to investigate this incident, as there are several inquiries that have been made that agencies have not responded to.

Newer PostPrepare to enter the fray, dear friends … Boca Bargains is back!
Older PostGIFT tournament, party set for next week … fish on!