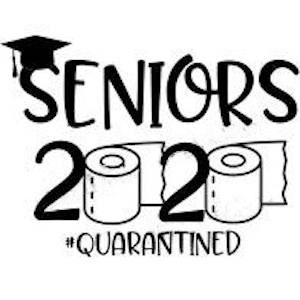 BY OLIVIA CAMERON – As the school year comes to a close, parents of local graduating seniors look into the faces of their children, realizing just what they will be missing this year. While senior parties, prom and being kings and queens of the school may not seem important in the face of a deadly virus, in the face of a lifetime of memories it can mean a whole lot.

As the pandemic shutdown has continued through the end of the school year, students are left to contemplate what their graduation ceremony looks like, and how fall plans are to commence. 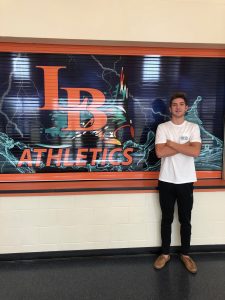 “Ending the year online has been a big letdown for me,” said Craig. “I miss seeing my friends everyday the most. I didn’t realize how much time I spent with them, enjoying high school. Understanding that it is all over, and that I won’t ever be able to spend another normal day at school, has been hard.”

Craig recalled not knowing he’d never step foot into the halls of his school again when spring break came. However, he is looking forward to studying civil engineering at Florida State University. 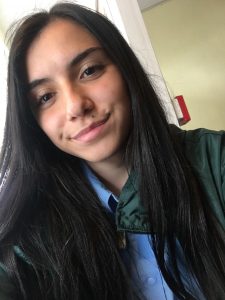 “Online classes became a challenge for me daily, since it was all new to me, but somehow I managed through it,” she said. “I miss how I wasn’t able to attend prom or Grad Bash as well.”

Sabrina worked at Gasparilla Inn Adventures, and is eager to attend Valencia College in Orlando to study radiography in the upcoming fall semester …  despite the lack of clarity on class protocol to keep the virus from spreading.

Fellow Inn Adventures employee and Lemon Bay graduate Olivia Gibb saw the good and the bad from the situation.

“Some online classes I was able to work independently while still being able to understand the given information,” she said. “On the other hand, classes like pre-calculus have been more difficult without direct teacher instruction and being able to work alongside my classmates.”

She also recalled missing Senior Goodbyes and other staple senior events but knows it’s for the best.

“It’s nice to see the school and community putting things together to help us enjoy what’s left of our high school careers,” Olivia said. 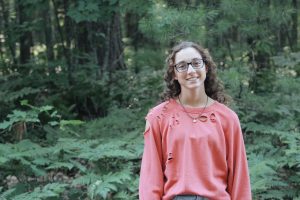 Senior John Caputo was working at Eagle Grille/Miller’s Dockside when everything suddenly took a turn. However, he saw a bright side with the change.

“I didn’t mind ending senior year online, because I’ve wanted to do online schooling for a while now,” said John. “But it is unfortunate that we won’t be able to get the traditional sendoff that everyone else has experienced.”

His transition into online classes was smooth, but he felt a lack of education came from it.

“While it is much easier than going to school, I don’t feel I’ve learned as much,” he admitted.

His plans for the fall include attending a school in Tallahassee but is unsure of how the outbreak will take its course from here. In the meantime, he will continue to enjoy local fishing with his family.

As for senior Cameron Hinkle, he will miss attending Lemon Bay. 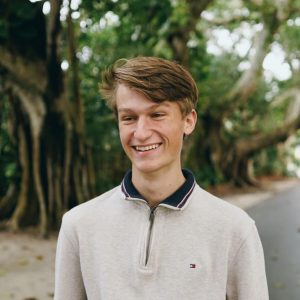 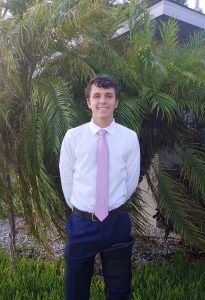 “It was a disappointment not being able to experience all of our senior activities,” he said. “It’s a bummer it had to go out like this.”

His tennis season was cancelled midway through and he is melancholy about  missing the Environmental and Key Clubs.

Cameron is hopeful that his fall semester studying economics at Indiana University will be in person, considering Purdue University has decided to follow through with their classes. His mother and private chef on the island, Patricia Mcllory, was proud to see her son receive a Boca Grande Woman’s Club scholarship.

Lemon Bay graduate Adam Berry felt indifferent about his online school experience. “I miss our plans for prom and Grad Bash, but Lemon Bay is planning to schedule our graduation in the football field around June or July,” said Adam. The former soccer player and Beach Club attendant looks forward to spending his fall in EMT schooling at the Charlotte Technical Center.

Senior Karoline Bellamy started her education at The Island School and has now finished her education online at Lemon Bay. Despite her senior year falling apart, Karoline has been kept busy between her contract with the John Casablanca Modeling & Acting Agency in Tampa and her job at Marco’s Pizza. 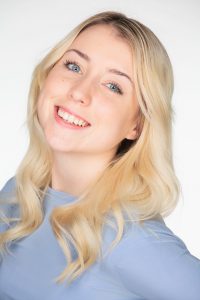 She is prepared to attend Columbia College Chicago where she will pursue a BA in acting with a minor in dance. Her sister, Katelyn, was a student of The Island School as well (she graduated last year) who is currently providing full-time service through the pandemic to customers at a local Publix.

Parker Becton, the son of Capt. Mark and Kelli Becton, is finishing his last year of high scohol homeschooling, but has been garnering college credits as well through Florida Southwestern Collegiate High School’’s Charlotte Campus. Parker was always busy, working at a local Publix and driving to FSW several times a week prior to the pandemic, and was disappointed when he realized he wouldn’t be going back.

Parker will be graduating with college credits, and will attend Florida Polytechnic University in Lakeland in August. His major will be computer science. He’s a programmer, and actually has been since he was a child. He is currently certifed in Java programming, and is developing 3D games with Unity.

Parker got a full scholarship through Florida Polytech, and  from several other sources, including the Boca Grande Woman’s Club.

Florida Polytech was his first choice, particularly when he walked in the door to the computer lab for the first time. He threw up his hands and said, “I have found my people.”

When asked what his thoughts were on this strange year being his final one, he was succinct. 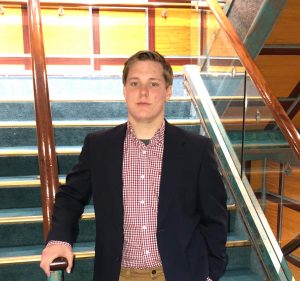 “This isn’t how anyone expected senior year to end, but I’m keeping my focus on attending FL Poly in the fall.”

This is the final installment of our “seniors” segments. The Boca Beacon speaks for the entire island when we say congratulations to all of the talented seniors we have showcased, and send them on their way with the best of wishes and much love.