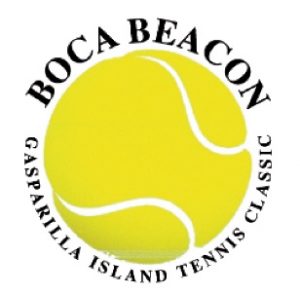 The 2020 Gasparilla Island Tennis Classic, sponsored by the Boca Beacon, still has spots left for play in the tournament. It will be held from January 25 through February 8.

This tournament is open to all area residents and members and guests of the island’s three clubs: Boca Bay Pass Club, Gasparilla Inn Tennis Club and the Boca Grande Club. Everyone is welcome.

The entry fee is $30 per player per event. This includes tournament merchandise.

To qualify for the aged events, you must reach minimum age in 2020. Players should sign up at the club holding the event a week prior to the match.

Call your club of choice for more information, or call 964-2995, the Boca Beacon office.