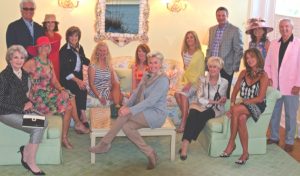 With local ladies serving as models, the show will feature the latest couture from our own Boca Bargains.

Tickets are available to the public at $75 for individual tickets and $150 for a sponsor’s ticket.

Newer PostSt. Andrew’s Outreach team helps to build seventh home in area through Habitat for Humanity
Older Post‘Mayflower’ lecture to be given in February through BGHS