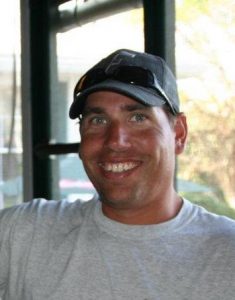 BY MARCY SHORTUSE- Capt. Chuck Jenks had just dropped his tarpon fishing clients off at Pine Island on the afternoon of May 19 and was looking forward to dipping some crabs at the Boca Grande swing bridge. It was a good thing he did, too, as he ended up saving the lives of three Punta Gorda boys.

Jenks said it was between 6 and 7 p.m. when he got to the spot in Gasparilla Sound and dipped his crabs. For some reason, instead of heading back to the boat ramp right away, he decided to go down the channel which takes you near the middle bridge.

As he approached the bridge, he thought he heard a scream for help, but when he looked around he saw nothing but one lone boat at the trestle sandbar. He looked around again and, seeing nothing, started on his way. Then he heard it again. He looked up at the bridge and saw a young girl screaming and waving her arms. Then he saw the boys in the water.

“I was in the channel, closer to the old railroad trestle,” Jenks said, “when I saw that two kids had floated about 100 yards off the pilings, and they were caught in the current, moving fast. The third boy was hanging on to the pilings, but you could tell he could barely hang on, and he was hurt. I told him to let go, and that I would pick him up after I picked up his buddies. I grabbed the two boys and pulled them up into the boat, then I got the third boy.

“The tide was ripping out! Once they were safe, I told them that even though they should never, ever jump off the bridge, that’s especially true on the days before or after a new moon. I told them they could have been dead if they weren’t lucky enough to be washed up on the sandbar. They told me they had driven from Punta Gorda to jump off the bridge, and that they had done it before, too. That time when they did it before, though, they had no problem swimming to the rocks. I explained the tide to them, and how at this time of year it is especially strong. They didn’t know. They were just kids. They looked like they were in high school, or just out.”

As we know, the phases of the moon affect tides. When the moon is at its full or new moon phase, high tides are at their highest, while low tides are lower than usual. Called spring tides, these tides occur when the sun, moon and the Earth all line up.

While strong tides can occur in April, May, June or July, the hill tides are some of the most aggressive. This year, one of those hill tides was right around the time when these kids jumped from the bridge … and it was right about the time it was going out.

Jenks dropped the boys off by the little patch of beach by the rocks, and he told the boy whose arms were cut up badly to get them looked at. When they left, Jenks said, his hands were shaking and he couldn’t get that image out of his head.

“I’m still tore up about this,” he said. “The two boys in the water were barely keeping their heads above the surface; you could tell they were that tired. The other boy possibly needed stitches. It’s impossible to swim against that current. Please, don’t jump off the bridge!”