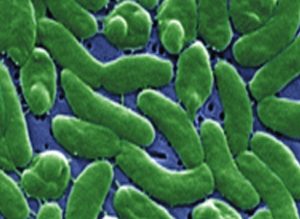 I came out of the Gulf after snorkeling on July 4 and a fellow islander said, “Doc, aren’t you worried about getting flesh-eating bacteria?” I asked him which version he wanted, the simple answer, or the informative one.

He explained his grandchildren were in town and he wanted them to stay out of the Gulf after all the recent stories he has heard about people in Florida getting this illness, even dying.  He offered a beach chair and I offered to share what I know.

First, I am not afraid of getting “flesh-eating bacteria,” since it is so exceeding rare that I am more likely to get struck by lightning (like during this year’s July 4 fireworks!). This severe infection has been around for thousands of years, and since the advent of antibiotics in the 1940s, as well as better medical care, most people survive if treated soon enough. It is usually caused by multiple organisms (bacteria), but some bacteria in the mix are more dangerous than others.

Flesh-eating bacteria is a layperson term used to describe a severe infection often from an open wound that spreads deeper into muscle and fatty tissue and becomes necrotizing fasciitis (NF). Although most sore throats are caused by viruses, we have all heard of “Strep throat” which is the most common cause of sore throats caused by bacteria.

This bacteria is also the most common cause of infected wounds, which can worsen to involve the skin (cellulitis) or even worse, spread deeper and cause necrotizing fasciitis.

This bacteria is called Group A Streptococcus, and can live on your skin, door knobs, utensils, and be spread by small droplets in the air when someone who is sick coughs or sneezes without covering their mouth. Since this bacteria is relatively common all around us in small amounts, you probably wonder how it could kill someone. Many factors are involved, but a large percentage of the deaths and serious illnesses develop in patients with weakened immune systems who cannot fight off the infection.

Several of the deaths recently mentioned in the news were in such patients, including someone with a kidney transplant taking medications to suppress their immune system to prevent organ rejection, and an elderly diabetic patient who had weakened immunity.

Almost any bacteria that grows in a wound could worsen and cause necrotizing fasciitis, which happens when the fast-growing bacteria spread under the skin and cause tissue and muscle damage as it spreads. These infections start as bright red, thickened and painful skin around a wound (cellulitis) and then sometimes may progress to more severe pain as the infection goes deeper into the fascia (necrotizing fasciitis). This results in swollen, darkened and blistering skin, accompanied by feeling very ill with fevers and chills.

If the infection gets into the blood stream it is acutely life threatening. Necrotizing fasciitis can be confused with cellulitis, but NF hurts a lot more and gets rapidly worse, often over only six to 12 hours.

Staphylococcus and Enterococcus are two other common bacteria that can cause wound infections. You may have heard of MRSA, which is a strain of Staphylococcus that is penicillin resistant and therefore a slightly harder skin infection to treat.

There are periodic closures of the beaches due to “high bacterial counts” in the water, and this is most commonly due to contamination from human waste containing Enterococcus and E. Coli bacteria we have in our gut. Recently, Venice and Lido Beach were listed on the advisory because of high Enterococcus levels. You can go to floridahealth.gov and search under Florida Healthy Beaches Program to see the actual results of water samples and dates from the beach you plan to visit.

Vibrio Vulnificus is another bacteria you may hear about that can cause infections and it grows more easily in salty water than most other bacteria. Vibrio causes about 10 deaths a year in Florida, usually by wound infection but can also be contracted by eating raw shellfish like uncooked oysters.

My Boca friend then asked, “How do we avoid these infections and what should we do if we get a cut or wound?” You should clean a wound with antibacterial soap and water and apply antibiotic ointment and a bandage once or twice a day. Avoid trapping moisture under the bandage by changing it if needed. Do not pour alcohol or hydrogen peroxide on a wound to “sterilize it” because you will increase the infection rate by damaging some of your healthy tissue.

All wounds have some bacteria in them, so your goal is to minimize the bacteria as your body heals. Realize that any wound can get infected, so keep a close eye out for signs of infection, especially in the first few days after injury. Puncture wounds are an even higher risk.

Although salt water can help dry up a wound, realize there are bacteria in any water, even the pool. If redness, swelling, increased drainage, and pain develop, see your doctor to inquire if an antibiotic is needed. If pain and swelling continue to progress over several hours, you may need more powerful treatment with intravenous antibiotics in the hospital.

Update your tetanus immunization if it has been more than 10 years since your last immunization, or if you are unsure. Also realize that the warmer water and temperatures during summer help the bacteria grow more rapidly, and the increased rain and runoff causes more fecal contamination into our waterways and the Gulf of Mexico and lowers salinity making bacterial growth easier.

Bottom line: Wounds and scrapes are just part of being active in the summertime. Complications leading to skin infection (cellulitis) are not very common. Deeper spread of this infection into the fascia (necrotizing fasciitis by “flesh eating” bacteria) are rare and usually only occur in people with weakened immune systems. If you are unsure, contact your doctor.

And remember, avoid the lightning!

Dr. Raymond James is a physician at the Boca Grande Health Clinic. He holds a Bachelor of Science in Microbiology with graduate studies at Shands Teaching Hospital, and at the University of Florida in Human Parasitology, Virology, Immunology and Biochemistry.