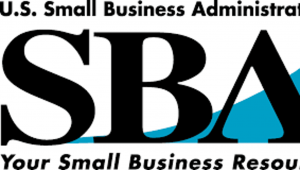 BY MARCY SHORTUSE – If you’re one of the many whose world has been turned upside down by the quarantine, and you’re trying to take phone calls with a child on one hip and a barking dog in your ear … just be glad you’re not doing those things while trying to help people maintain their financial livelihoods.

Kevin Hagan, the president of Englewood Bank & Trust and Kevin Casey, senior vice president and senior lender, sat down with us for a few minutes to talk about the events that have transpired since April 1. Their clients aren’t just part of countless millions on line whom they will never meet, they are also their neighbors, family and friends. That makes it even more difficult in what everyone loves to call these “unprecedented times.”

To say that the loan situation for small businesses is fluid right now is an understatement. Hagan described the relationship between the bank, the customer and the Small Business Administration as a “three-legged stool,” with third-party intermediaries thrown into the mix as well.

If you’ve never experienced the need for an emergency loan for your small business, it is a very confusing and frustrating time. Hagan said they are talking to people every day, all day, and none of the phone conversations are short.

“Essentially, we are all in the same boat,” he said. “We are talking to people every day who are frustrated, but many of our employees have children and families at home just like our clients, and we are a small, family-owned business, too … but we know we have to keep coming in to work. Some days I don’t have the magic wand to predict how this is going to work out.” 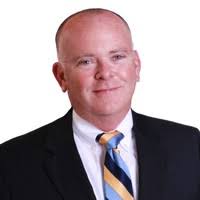 Hagan prefaced his conversation by being honest. False hope is dangerous, and the promise of a Payroll Protection Program loan that turns into a grant is based upon many factors all working cohesively. There are hoops to jump through, whether you’re working directly with Englewood Bank & Trust, the SBA, or a third-party lender. The same is true with other loans for things such as business mortgages and utilities.

“We can’t predict where this is going to go, because it keeps changing,” he said. “I wish I had something to say at this time other than, the wheels are moving.”

Prior to the pandemic quarantine, the SBA was already processing loans – approximately $28 billion in all types of loans in 2019. This is in comparison to the task of doing the same job in just a few weeks’ time for more than $350 billion in government-guaranteed loans. One bank alone had 78,000 requests.

The SBA’s IT system, Hagan said, shuts down about three times a day, on average, from the flood of information being processed. Sometimes it shuts down for hours.

Hagan said since the beginning of the process they have been taking all requests in the order they were received, and processing applications in the same manner.

“You’re dealing with changes in interest rates and requirements, and trying to figure out which banks have been approved for SBA loans,” he said. “Remember, these loans may be government guaranteed but they are not government funded. The banks are doing that. The initial response for these loans was tremendous, and has since been non-stop. We immediately went into an “all hands on deck” mode, and we processed everything in the most fair way we could. But with everything that is going on right now, with the system shutting down several times a day while we’re trying to get packages underwritten by the bank and getting them in the system, getting them time stamped and processing them on a local level, all while making sure the loan amounts are calculated correctly and the borrower is getting a loan amount reflective of the program’s parameters, and not to overstated … it’s like herding cats. And every business, every request, is important.”

So in a perfect situation, for a small business owner who started their application right on time on the very first day the “government-guaranteed” loans were available, where would they be in the process right now?

“Right now, you would probably be in a multiple-step process that takes your request from underwriting to a third-party intermediary being used to speed up the process,” Hagan said. “Intermediaries are helpful and add value to assist with SBA loans.”

Hagan said while some people have applied to multiple sources, borrowers can create an unintended challenge by applying to multiple banks, and could create a reject at each bank when the request is formally submitted to the SBA.

“Right now we are processing the requests, but it’s like getting in line at the movies with hundreds of thousands of other people … and there’s only one ticket taker.”

That is why Hagan said it is important not to be discouraged by one setback.

When asked if there was any particular criteria that would immediately determine a request was not eligible, Hagan said there was not. The main problem, he said, was when the wall of capacity was hit.

“We hit capacity pretty quickly last week,” he said. “Within two business days we hit that wall. We communicated with all of our clients, to try to make them aware of the volume of requests.”

Hagan said in order to make sure your small business PPP does, in fact, turn over from a loan to a grant, it has to be documented by the borrower in detail.

“At least 75 percent of the payroll needs to be documented as used in the specific time frame requirements,” he said. “Then the grant program starts coming in. It can be difficult in a place like Boca Grande, due to the seasonal nature of the island and people leaving early right now.”

The most important thing is to keep trying, Hagan said. Don’t lose hope.

“There are lenders out there, even if you didn’t apply on April 3,” he said. “I don’t know if it’s a needle in the haystack yet, but people can only process so many applications per hour. They are approving approximately 75 banks an hour, but you still have thousands of institutions that aren’t certified, and can’t get you an E-Tran number. In that case it can take four or five different steps to verify that.”

Hagan said he fully appreciates the “make-or-break” situations that are taking place in his own community, and across the country, right now. No matter where you’re at, the dynamics don’t change for a small business owner.

“We have to be very cognizant of that,” he said. “We are a family-owned company who is trying to take care of many other family-owned companies. This community is very important to us. It’s not just people’s financial stability that is tied to their business, it’s often their identity as well. I’ve been living here since 1975, and I know many of the people I talk to on the phone. The nervousness about this virus is the same for all of us, but we have to continue to be respectful, and keep trying.”