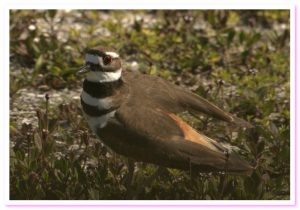 Len said he had a run-in with “mom,” then watched her go into her survival mode of pretending to be wounded. A killdeer runs from the nest to take attention away from the eggs, then drags a wing along the ground. He saw where the nest was, and realized there were eggs there.

Len went back to the scene a few days later and saw the eggs were gone.

“Then, almost a week later, I see four chicks and Mom just north of 5th Street across from Pink,” Len said. “It was a sequence of life that I so enjoyed.”

The killdeer is a shore bird, but when they breed they go inland to nest. Len has photographed many nests in past years, and he said it thrills him every time. 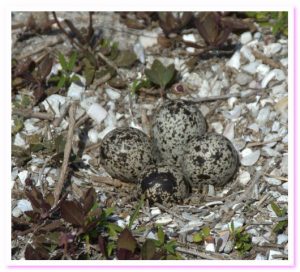 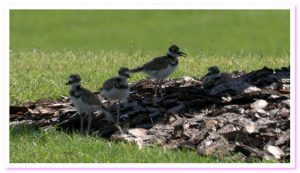 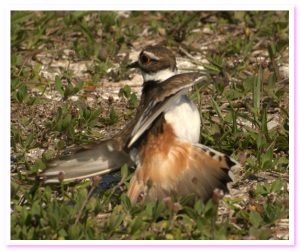 Newer PostIsland sea turtles numbers are growing, and so are concerns about beach hazards
Older PostLETTER TO THE EDITOR: Monday morning, another restless night