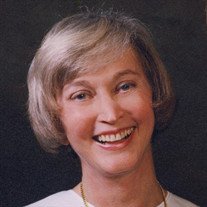 BY MARCY SHORTUSE – Nina Rodale Houghton, a former Boca Grande resident who made a tremendous impact on our island, passed away on March 15, 2020.

Nina was born on November 13, 1937, and raised in Allentown, Pa. She was the daughter of Anna Andrews and Jerome Irving Rodale, a publisher (Rodale Press), editor, author, playwright, and founder of Rodale, Inc.

J. I. Rodale was one of the first advocates of sustainable agriculture and organic farming in this country. He was the founder of Organic Farming and Gardening Magazine, and of Prevention Magazine. His lifestyle was eclectic, which in turn led to Nina’s younger life at home being unique as well.

Her brother, Robert Rodale, was also a proponent of organic farming and gardening, and worked with his father and brother, Joseph, publishing several books and magazines on the subject. He was the chairman of the Board and Chief Executive Officer of Rodale Press at the time of his death (by car accident) in Russia in 1990.

Nina was noted for co-founding the Sea Mammal Motivational Institute (SEAMAMM) with her ex-husband Robert Horstman, and she spent a portion of her life at sea, studying and training seals and sea lions aboard a research vessel they owned called the Explorer II.

One very notable story was of a sea lion named Tinkerbelle, who escaped from her home in the research facility in south Florida in 1971. The former circus performer with a clipped flipper swam nine days, heading north, and arrived in Boca Grande (a proper destination for all well-bred sea lions). Upon her arrival Tinkerbelle sought refuge, poolside, at the home of Mrs. Rutherford Stuyvesant Pierrepont on Gilchrist Avenue.

Pierrepont’s neighbor happened to be Arthur Houghton Jr. who was the president of Steuben Glass, and was chairman of the Metropolitan Museum of Art. He was, in fact, having lunch at Pierrepont’s residence when Tinkerbelle made her appearance, and Arthur was intrigued. He started tracking down how she got there and that investigation led him to the New York Aquarium and, eventually, to Nina.

Nina and Robert divorced not long after, and Nina married Arthur in May of 1972. He moved her, her four children, two dogs, two harbor seals and one sea lion to the Eastern Shore of Maryland. He was a top breeder of Wye Angus cattle, and Nina was appointed as trustee of Wye Institute in 1973. The herd was donated to the University of Maryland, and that action spurred Nina’s constant involvement with educational pursuits for more than a decade.

The couple wintered in Boca Grande every year, and both of them were very active in island organizations and charities. 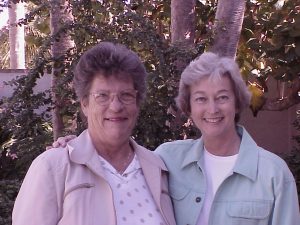 Arthur passed away in 1990, and Nina continued to live on the island for years. She was a key player in establishing the strong presence the Friends of the Boca Grande Community Center, the Boca Grande Child Care Center, The Royal Palm Players, the Gasparilla Island Maritime Museum and the Crowninshield Community House have today. In fact, the Houghton Room (which used to be the reference room) at the Community Center bears Arthur’s name.

After the renovation of the Boca Grande Community Center in the late 1970s, the island community realized there was a need for a place where the island’s children could go to do homework and research, as well as to socialize in a safe setting. What started out as a non-circulating library, spearheaded and created under Nina’s watch in 1986, later turned into a lending library.

Another reason Nina is remembered well on the island is because of her friendship with Arthur’s family member and fellow Boca Grande aficionado, Katherine Hepburn. Hepburn stayed on the island in the 1980s.

Nina made worldwide news in 2000 when she hosted Elian Gonzales, his father, stepmother and half-sibling in her Maryland home, after he was taken by federal agents from relatives in Miami. According to the Baltimore Sun, the 6-year-old had been rescued from the Florida Straits after a boat carrying Cuban refugees capsized, drowning his mother. He was the lone survivor, and his custody became a national controversy until a federal court ruled the boy belonged with his father in Cuba.

Nina’s giving nature and kindness will never be forgotten on the island … at least not in this generation and the recent ones preceding. She performed many miracles in people’s lives that were never mentioned in the press, but will always be held in the hearts of those whose lives she touched.

Nina is survived by her four children, Robert, Jeffrey, Hale and Andrew Horstman; seven grandchildren; one great-granddaughter; and two stepchildren. 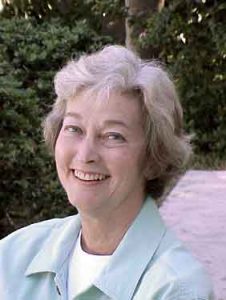 All services were private.

Her complete obituary can be found online at Fellows, Helfenbein & Newnam Funeral Home of Pennsylvania (https://www.fhnfuneralhome.com/obituaries/Nina-Houghton/#!/Obituary). You can share a memory there as well.