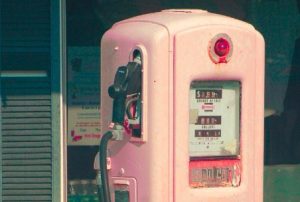 It’s been a quiet week on the code enforcement complaint front, with nothing new listed since August 19. That’s a refreshing change, to be sure, but it doesn’t stop people on the street from constantly asking me (and each other) who the person was making the complaints. I can tell you with some assurance that even if I knew who the person was at this point, I would be hard pressed to reveal their name and be party to their demise. There is only one way for me to find out who that person is, and that is for them to walk through my door and tell me it was them.

I have said this before, and I will say it again for those of you who might have missed it. On August 16 I sent an official records request to Lee County in order to obtain records regarding all code enforcement complaints that had been filed with Lee County in the 33921 zip code since January 1, 2019. This request specifically asked for “all information obtained by phone, email or computer-generated forms.” On August 19 I received an XLSX spreadsheet with 584 unique entries, which pertained to everything from permit requests to actual code enforcement violations.

When you look at this spreadsheet you will see two different types of information in the “CREATED BY” line. Some will have an actual name, and some say “PUBLIC USER.” The ones with names are showing the name of the code enforcement officer who responded. The ones that say “public user” are anonymous complainants.

With anonymity there is good and bad. It’s good because people feel they have a lot more freedom to make complaints. It’s bad because we don’t get to find out who the people are making the complaints. While this is a great system to use in cases such as domestic abuse, human trafficking or other cases where the complainant might feel their lives would be put in jeopardy if they were found out, it’s not such a great system if you’re trying to track down who the complainant is.

Like many of you, I was avidly trying to track this person (or people) down when the first flood of complaints came in. What I soon realized, though, was that publishing that person’s name would do little good once the complaint is made. If someone feels so strongly about things like benches in front of windows and signs covering an “inappropriate” amount of a storefront that they want to change everyone’s lifestyle to assuage their own personal feelings, I have to ask myself why that would be. There are two possibilities I came up with.

First and most common on this island is that someone has had some sour grapes in their mouth, and they want others to feel their bitter reaction. Many people believe that is the case with these complaints, that it could possibly be a store owner here on the island who has been written up for something, and they feel like everyone should be written up as well.

The second option is that someone has had a personal experience that directs their passion for cleared sidewalks and clean windows. I can understand someone who has had a loved one in a wheelchair feeling that the sidewalks need to be less cluttered in some spots. There were days in front of the Inn Bakery when  it was all but impossible to get to the front door, much less wheel a wheelchair by unless you’re in the road. But while that could have easily been fixed by elminating a few of the tables while leaving some places to sit, we now have none. That is because the restaurant seating ratio in comparison to the parking ratio is off. That means you have to have a reasonable expectation for parking for each of the people who can sit down at your establishment. It could even be a little tricky in front of Hudson’s on days when people are parking their bicycles on the sidewalk, tying their dogs to the bench and pulling their golf carts up two feet from the front door.

By the way, those are things people will do anyway … whether there is a pink gas pump or an ice machine there or not.

So I looked at each of the complaints and played devil’s advocate. Of the numerous complaints made against businesses since June 1 to 19 in all, most were closed out and declared unfounded. The pink pump and ice machine still remain at Hudson’s, the benches by the post office, the flower boxes at Fugate’s, the bench at Gasparilla Outfitters … they are still there. A few complaints were abated by the business owners taking pre-emptive action and removing or relocating whatever was found offensive on their property. A few complaints are still in limbo.

It’s easy to side with someone who is in a wheelchair and can’t get by on a sidewalk, but not so easy to side with a complainant who singles out how much of a business window is covered by signage … or who complains about flower boxes.

We may never know who the “complaining culprit” was. The County has obviously found a system that works around that knowledge being made public. We can only hope the Great Whining Storm of 2019 has subsided and will pass.

By the way, since June 1 there have been 31 complaints to Code Enforcement regarding lighting issues and the hazard the lights present for sea turtles. They far outweigh the business complaints that were received.