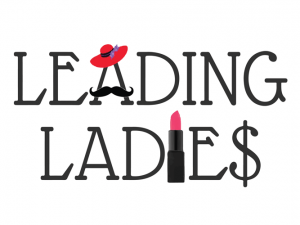 STAFF REPORT – Tickets are selling quickly for the next Royal Palm Players’ production, “Leading Ladies.” Starring some of the most beautiful, brilliant and not-so-bashful ladies on the island, performances are scheduled for Wednesday, Thursday, Friday and Saturday, February 12 through the 15 at 7 p.m., and on Sunday, Feb. 16 at 5 p.m. in the Boca Grande Community Center auditorium.

This comedy focuses on two English Shakespearean actors, Jack (Kris Doubles) and Leo (Ross Witschonke), who find themselves so down on their luck that they are performing “Scenes from Shakespeare” on the Moose Lodge circuit in the Amish country of Pennsylvania. When they hear that an old lady in York is about to die and leave her fortune to her two long-lost English nephews, they resolve to pass themselves off as her beloved relatives and claim the cash. The trouble is, when they arrive in York, they find out the relatives aren’t nephews, but nieces! Things become very complicated, and romantic entanglements abound in this delightful play.

Keep your significant other happy for Valentine’s Day … don’t forget to buy those tickets now!

You can purchase them by going to royalpalmplayers.com, or by stopping by the box office in the Boca Grande Community Center. For more information, call 964-2670.