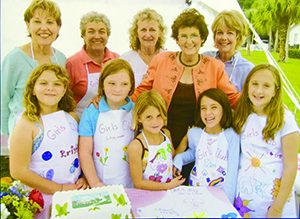 BY MARCY SHORTUSE – If Louise du Pont Crowninshield could be called “the fairy godmother of Boca Grande,” Dee Wheeler could most certainly be called “the mom of Boca Grande.” There is not enough room in this entire newspaper to write Dee’s story, but we have to try. Dee passed away on Friday, May 12, leaving a whole bunch of us wondering what life will be like without her.

Dee was born in Sarasota in August of 1941, but she grew up in Englewood. She graduated from Venice High School in 1959 and attended St. Petersburg College. 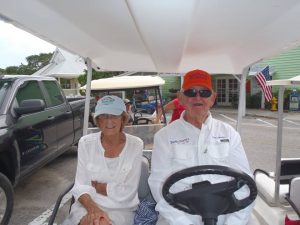 She married her high school sweetheart, Bill (Dumplin’) Wheeler in 1958 at the Englewood Presbyterian Church, which began a wild and fun relationship that lasted until she passed away. Dumplin’ took care of his bride as best he could, as did Dee’s daughter Stephanie, who lives close by in Port Charlotte. Other island ladies filled in where they could in her care when it was getting hard for her to take care of the matters of the house.

For a time Dee and Dumplin’ lived in Virginia when he was in the Army, and Dee got her first job in Parks and Recreation. When they returned to this area, Dee became the director of the Englewood Recreation Center. Ironically Dee’s mother, Martha Shirling, was also on the Recreation Board for Sarasota County and was also the teen director for the County’s program in Englewood, so this type of work came naturally to Dee.

Dee and Dumplin’ moved to Boca Grande in 1970, and Dee soon realized the great need for a summer program for the island kids. She went to the board of the Community House and asked them to fund the program. She was given $350.

That first year of camp in 1975 was six weeks long, with 35 children in attendance. Dee was the ringleader and made sure the kids always had plenty of activities to fill their days. It was the same year that the renovation of the old Boca Grande High School was complete, and it was renamed the Boca Grande Community Center. Dee was the obvious choice as director, and she was hired for the job in 1976. 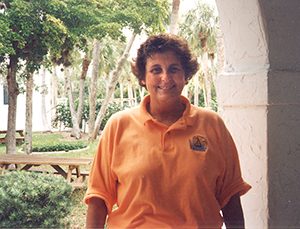 Not long after that, Dee started to realize how important it was for the island’s children to have a place to do their homework after school, a place that contained at least some basic reference material, dictionaries and other types of books for study. While the room the reference area was located in was dedicated to the late Arthur Houghton Jr., Dee played a huge part in making sure the island’s residents had a place to go when they needed reference material. She herself used the reference room as well, as she was taking classes in World Literature at Manatee Community College.

In an article written in 1992 in the Boca Beacon, Dee said, “I envision the day when all the parents, all the grownups, will use this place the way I do now. I know they will come to appreciate it.”

Dee and Betsy Joiner also helped to create the after-school care program that is held at the Boca Grande Community Center still today. That program has made it possible for hundreds and hundreds of parents who have worked on the island over the years to have the security of knowing their children were just down the street when school let out, and that they would have a secure place to play and do homework until they could be taken home.

After creating what she called “one of the best summer camps in the state of Florida,” Dee started to focus on other projects. She brought back the famous Halloween Carnival, which was actually a school event until it closed in 1963. She revived it in 1975, and it is still one of the most popular events on the island every fall. She began the Munchkins Program for island preschoolers, and with it came LaQuata Meade, one of the best preschool teachers to ever walk the island.

The Boca Bunch, Boca Buddies, drama programs and more … Dee was the face behind so many of the programs that helped to shape our island’s children. Her name is on the scholarships that many children and their families depend upon for summer camp, and her influence on the community was – and is – so strong there has scarcely ever been a time when the coffers in the fund were too low to help another child.

In 1985 Dee was on a committee designed to make the dedication of the brand-new Gasparilla Island Conservation and Improvement Association Bike Path something special. The committee decided a bike parade would be just the thing, and that tradition began as well. The next year Dee and Lee County Parks & Recreation took over the bike parade, and the tradition still continues today.

Dee brought home many awards through Lee County and the state of Florida o
ver the years, up until she retired in 2008, at which time a huge party was held in her honor at the Community Center. Since then, any time the children’s programs she created were threatened in any way, this community has stood up like they never have before and come together to ensure their survival. Dee made sure our children had an advocate – a voice – in a community filled with older people, and we will not let her advocacy just slip away into the past. We will make sure her programs survive. 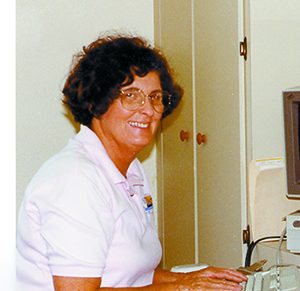 But out of all of this, the most rewarding thing to Dee was watching the children grow. She held them as babies, she doctored scraped knees and gave endless hugs in summer camp, she was always the first to volunteer for a kids’ program and the last on the cleanup crew to leave. She counseled older kids who were losing their way, and she was the one they all turned to when something went wrong.

Island daughter Wesley Locke has never known a time in her life when Dee wasn’t there, until now. She said, “Dee was always there for us, always. When we had a question, or needed something, or something went wrong, we always said, ‘Where’s Miss Dee?’ And she was always there.” 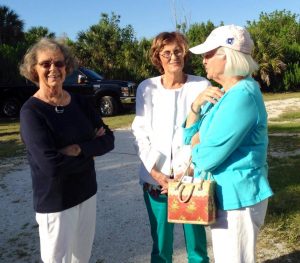 Dee was remembered at the Ladies Day Tarpon Tournament party with a moment of silence. She was an angler as well and was often at Dumplin’s side out on the water. You can be sure most of the people in the room who fell quiet were remembering their special times with Dee, or maybe remembering her calm, reassuring attitude, her diligent presence or her limitless friendship.

She was forever behind the scenes in all of our kids’ lives, always as a positive influence served up with a sweet Dee smile. There really are no words for what she meant to us. She truly was an island angel who will be terribly, terribly missed.