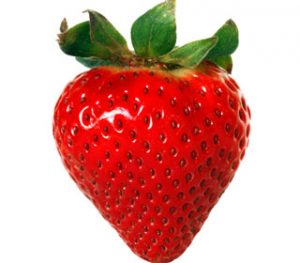 Nearly 70 businesses, individuals, families and local clubs have stepped up to provide items for the Strawberry Festival’s live and silent auctions on Saturday, March 4.

“It’s an embarrassment of generosity … and all to benefit women and children in need,” says Palmer Long, one of the auction organizers. “Our thanks go out to everyone involved.”

This year’s festival, the 19th, will be held at the Boca Grande Community Center grounds. Festivities start at 9 a.m. and continue until 3 p.m. The live auction begins at 2 p.m. in the tent near the Crowninshield House.

As always, the event will include the popular bargain and boutique shops, homemade baked goods, Dazzling Digs, where visitors can scoop for lovely pieces of jewelry, the Book Nook, fun events for kids and a furniture sale.

For the live auction, Boca Grande resident Candy Rost has donated her mother’s seven-carat aquamarine ring valued at $9,500. It’s a dazzler that Candy wanted to share with some other lucky woman who appreciates fine jewelry.

As part of a live auction tradition, artists Jane Carlson and Del-Bourree Bach have put their extraordinary talents to work again, creating oil paintings especially for the festival.

The silent auction will include an unusual collection of serigraphs by the artist Maria Termini, done in the late 1970s and featuring vivid colors and playful designs. The works were given by Steve and Judy Wells to Barbara Hughes of Hughes Gallery, who donated them to the festival. Helping restore and reframe the serigraphs were Steve and Joni Boger of Englewood Art & Frame.

Along with contributions from popular Boca Grande restaurants, several local chefs will be offering dinners in their homes. The live auction will feature a Cajun dinner by the island’s “Louisiana” culinary specialists, complete with authentic music. And Pastor Matthew Williams and friends will be cooking up a wild dinner for 10 that includes venison, quail, pheasant trout and other items caught by local hunting enthusiasts.

Festival attendees who like to cook will be interested in the “like new” dining room set with eight chairs donated by Steve and Lyn Kieffer for the live auction.

Three nights in a fabulous downtown Chicago high-rise apartment, owned by Howard and Marilyn Witt, leads off the opportunities for travel. Richard and Judy Banz have again donated their amazing condo in Bath, England for a week. Jim and Jo Ann Nordlie are offering their waterfront condo on Sanibel for a week, and a beach condo for a week on St. George Island in northern Florida has been given by the Duggar Family. A day trip on the water and lunch on the beautiful 40-foot Hyde Away is up for auction – a donation from Doug and Chrys Hyde.

Back for the second year – and this time with a national football championship in the bag – is Clemson Coach Dabo Swinney. He’s autographed another Clemson football for some lucky fan in the live auction. This is a priceless item that deserves special attention.

All items in the silent auctions will be open for bids beginning at 9 a.m.