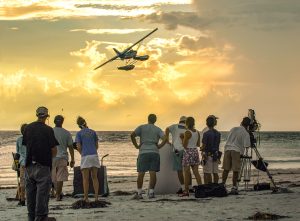 I wanted to write and say how sorry I am to hear of his passing. When we were filming the film “Hoot,” there was no one more helpful and valuable to our production than Mark.

I flew many times in his seaplanes, and his skillful flying can be seen throughout the film. He was a great man with a strong sense of humor and fun, that made him a joy to be around.

I will regret never getting to land a tarpon under his guidance. He has flown north way to soon and will be missed by all who had the pleasure of knowing him.

Newer PostOBITUARY: Jane Fortune
Older PostHow can we say goodbye to such a special individual?