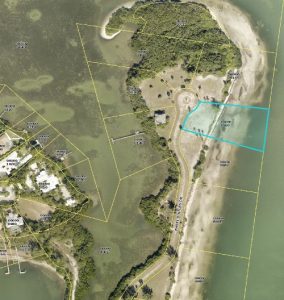 In the ever-ongoing case of land access to Three Sisters Island, a ruling to uphold a trial court’s decision has been handed down by the State of Florida District Court of Appeal Second District. The mandate was dated February 6 by Lee County.

This appeal was filed by 5F, LLC and Mount Massive, LLC, corporations that have purchased several tracts of land on the all-but-deserted Three Sisters Island.

The ongoing battle was tolled in May of 2018 when Pike’s representatives, 5F, LLC representatives and Lee County all agreed to cool it for a while and allowed for extensions for responses. Prior to that in March of 2018 the Lee County Hearing Examiner approved three variances regarding the road to the island, and Pike and his legal team filed a petition to squash them, simply because the variances were approved on a road that they said would probably never be used as a road in the first place.

Arguments regarding Three Sisters access have been taking place for years … even since the isthmus was allegedly created by “an act of God” almost overnight back in the mid-1980s, connecting Three Sisters to  Boca Grande Isles. Prior to that – in 1980 – the Department of Environmental Protection notice of its intent to deny an application for a road to be allowed from Boca Grande Isles to Three Sisters, and Sunset Realty (the owners of the property at that time) petitioned to fight that decision and it has been a debate ever since.

At this point the only house on Three Sisters is owned by Pike.