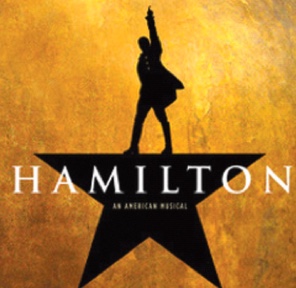 Two national tours of the blockbuster musical “Hamilton” are crisscrossing the country – as well as setting records in separate productions on Broadway, in London and San Francisco – but are you ready for the complete “Hamilton” experience?

Variety theater critic and national arts writer Frank Rizzo will present two 90-minute talks on “Hamilton” and a third talk on Cole Porter and his classic musical “Anything Goes,” which will be presented on February 26 – 28 by Royal Palm Players.

The first talk – “Ten Things to Know Before (or After) You See Hamilton” –  will give an insider’s overview of the musical and will be held on Feb. 26 from 2 to 3:30 p.m. at the Boca Bay Power House.

In the second – “Breaking Down Hamilton” – Rizzo takes songs from the show and deconstructs them, showing in detail why the musical has enraptured audiences. This session will be held on Feb. 27 from 2 to 3:30 p.m. at the Boca Bay Power House in conjunction with the first on the 26th.

On a different note, the third session will celebrate the musical “Anything Goes” and the man who wrote it. Rizzo, who lives in Hartford, dove into the Cole Porter archives at Yale University to come up with some details about the man and the musical. This talk will be given Feb. 28 from 4 to 5:30 p.m., followed by a wine reception at the Power House. This promises to enhance the experience at RPP’s own production in March.

” ‘Hamilton’ has changed how we view musicals as well as our own American history,” says Rizzo, who also writes for The Hartford Courant, the New York Times, Hartford and Connecticut magazines, the Hearst newspapers and American Theatre magazine, among other outlets and platforms. “Lin Manuel Miranda’s innovative show is rich in music, character, story and history. Having a fuller understanding of the musical can make the experience of seeing – or even listening to – “Hamilton” all the more enjoyable.”

In his audiovisual presentations, Rizzo describes the back story of the show’s creation, discusses how the artistic team developed the work over time, reveals how accurate the musical is as history, and talks about “Hamilton’s” impact on education, politics and culture. By breaking down some of the score he’ll also show why the musical is as revolutionary as its subject matter.

Registration is $100 for all 3 workshops; Hamilton and Cole Porter on Feb 26, 27 and 28. Just the two-day Hamilton workshop is $75, and the Cole Porter workshop alone on February 28 is $35, which also includes a wine reception immediately following.

For Information, call 964-2670 or visit royalpalmplayers.com.