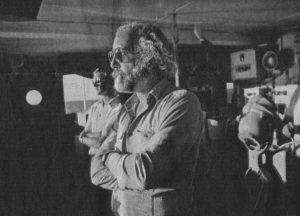 ■ BY THE BOCA GRANDE HISTORICAL SOCIETY

Robert Johnson is the historian of the Boca Grande Historical Society, a group in which he has played an important role for almost 25 years. But Robert’s interest in island history goes back even further because his family, like the Gaines, Padilla/Darnas, the Whiddens, the Colemans, the Coles, the Lowes, the Futchs, the Joiners, the Bylaskas, the Polks, the Fugates and others is a major part of that history.

Captain I.W. (Iredell) Johnson and his brother, Captain W.H. Johnson, first arrived on Boca Grande in the 1880s. Early in that decade the mineral phosphate had been discovered  in the Peace River above Punta Gorda. Originally the ore was carried by barges and steam tugs to the lower part of Charlotte Harbor, where it could be loaded on ocean-going vessels.

Safe transport for these large vessels required pilots with the knowledge and skill to navigate safely across the outer bar three miles outside the Pass and up into the Harbor, where they met the barges.

The Johnson brothers had gained piloting experience on Pamlico Sound in North Carolina and in Florida. Capt. W. H. was manager of the Blocksom and Lewis Fish Company, for whom he sailed fishing vessels from Cedar Key to Punta Gorda. Iredell captained the mail and passenger vessel that ran from Punta Gorda to Ft. Myers before there was a train.

In 1888 they formed the Boca Grande Pilots Association and, along with Capt. Peter Nelsen, they began to pilot the ships coming to Charlotte Harbor to load phosphate. Since Capt. Nelsen retired in 1906, all of the Boca Grande pilots have been Johnsons. This was not unusual, as in many ports, fathers taught sons their knowledge from an early age.

As the port ceased to exist with the demise of phosphate shipping and more recently the removal of the Florida Power and Light fuel storage terminal, so did the need for pilots. Capt. Johnny Johnson was the last of the Johnson family to pilot the great ships into Boca Grande. He and his wife Shirley continue to live on the island.

Captain Robert Johnson had left the Port Boca Grande Pilots Association in 1984 and piloted for a number of years in Key West, although he remained licensed for Boca Grande as well. Robert and his wife Roberta Presley Johnson have now retired to Boca Grande, where Robert volunteers both for the Historical Society and BIPS.

It also seems pertinent to note that the Johnsons have been continuously involved with the community beyond the port. Capt. Carey Johnson helped originate the the Gasparilla Island Water Association and was its first chairman. He also contributed significantly to documenting the island’s history with his book, “Boca Grande: The Early Days – Memoirs of an Island Son.” Capt. Kingsmore Johnson served on the board of the Boca Grande Clinic, was the first man to bring a car to the island and owned one of three airplanes in Boca Grande. Captain Robert Johnson continues to participate in Historical Society activities and can usually be seen at the organization’s History Byte presentations.

To learn more about the history of Boca Grande and Gasparilla Island, visit the History Center at 171 Park Avenue or the website bocagrandehistoricalsociety.org or like us on Facebook.

“Our history makes us who we are.”