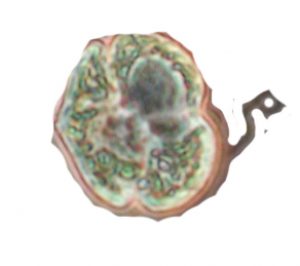 Several residents and visitors to the island were experiencing the cough and throat tickle indicative of red tide symptoms this week, and low concentrations of the wicked stuff have been confirmed.

Dr. Tracy Fanara, manager of the environmental health program at Mote Marine Laboratory in Sarasota, said low concentrations of the toxic bloom were detected this week.

“We are seeing very low counts of red tide,” Fanara said. “However, in looking at the forecast, there is a really low chance of respiratory irritation in northern Lee County. The cell counts are extremely low in Boca Grande Pass.”

Red tide occurs naturally off all coasts all over the world. It is a common name for a worldwide phenomenon known as an algal bloom (large concentrations of aquatic microorganisms caused by species of organisms).

In Florida and the Gulf of Mexico, the species that causes most red tides is Karenia brevis, often abbreviated as K. brevis.

Whenever there is a strong bloom, fish kills also become a common problem.

Fanara also said that there is a possibility that people who are suffering from allergies might be more susceptible to the algal bloom.

“If the wind is just right and near the bloom, the effects of red tide will by stronger near the shore,” she said. “If you have asthma or something like COPD you’re going to be more susceptible to the toxins.”

Florida Healthy Beaches reported that most people can swim in the water where red tide has been detected, yet is can cause skin and throat irritation and burning eyes. You can report any health related issues to floridahealth.gov.

Fanara said that so far this year, the blooms have been very short-lived when comparing to last year.

It also depends on where and when the samples are taken, which make is nearly impossible to predict a bloom.

You can learn more about red tide at mote.org.