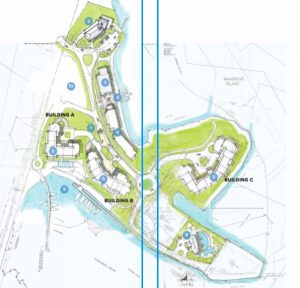 On Wednesday, Oct. 18 a public meeting will be held at The Fishery Restaurant just off island to disclose potential plans to demolish most of the buildings on the historic point and to develop a group of shops, a hotel, a restaurant and more.

A notice was sent out last week to residents within 1,000 feet of the property that read, “The project will consist of the redevelopment of The Fishery properties into a mixed-use marina project containing retail, restaurant, hotel, condominium and marina development, with the maximum height of development at 65 feet.”

It was that last line that caught the attention of many, even though the Boca Vista condominiums next door are also 65 feet tall.

The proposal outline as presented by SB Architects and AP & Affiliates shows a residential building including a parking garage, five floors of general living space and one penthouse level, for a total of six floors. There were seven units per floor listed on the plan, with the exception of four units on the penthouse level.

A plan for a guest lodge includes three floors for visitors’ lodging with a room count of 16 on each floor for a total of 48 rooms. Plans for approximately 6,500 square feet of retail space, 4,600 square feet for a restaurant and a 3,700 square foot clubhouse are also included.

The property is currently listed as being owned by Caribbean Bay Mortgage Lender LLC out of Wilkes-Barre, Pa. and was sold to that company in January of 2010. Prior to that it was owned by the Albritton family after they received it from the estate of Louise Gault. It is zoned high-intensity industrial and low-intensity industrial.

The Fishery Restaurant has been closed since Hurricane Irma. There are several other small shops on the small, somewhat-historic point of land that has been used in the same capacity for decades. The Placida Art Market is also scheduled to be held there again this season, beginning October 21.

Many of the buildings on the property have fallen into disrepair, and remodeling them would be more expensive than it is worth.

The actual Placida Fishery closed not long after the commercial net ban on fishing took place in 1995. The ban devastated much of the local area economy, as so many people here made their living from fishing.

The land has also been the site of the local Rotary Club’s seafood festivals and nautical flea markets, but the organization has cut down to one festival a year – in March – because the cost of maintaining the grounds prior to the festival and insurance costs have become so high. 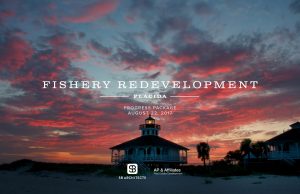 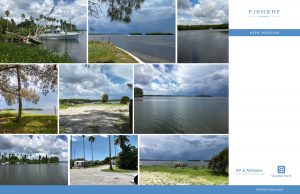 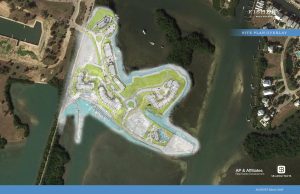 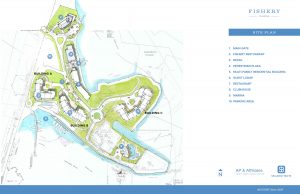 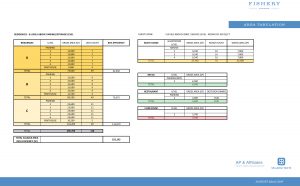 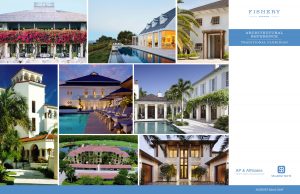 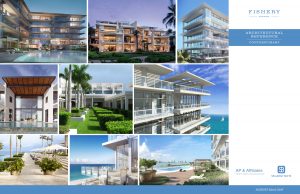 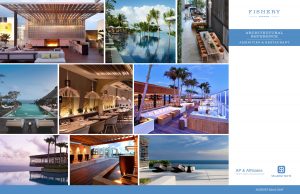 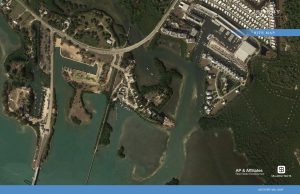