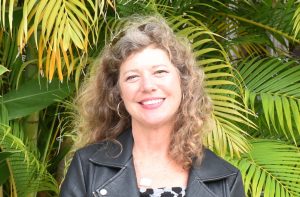 Rebecca DeRosa has been keeping busy helping out with charity events this holiday season. She recently led a fundraiser for Boca Grande’s Lighthouse United Methodist Church. More than 100 boxes of school supplies, holiday goodies and other surprises were collected at the church and transported by Becca to Kids’ Needs in Englewood, where they were distributed to 100 local children who were invited to come and shop for a day at the supply center. Kids’ Needs of Greater Englewood, FL is a non-profit 501(3) c organization dedicated to helping school children and their families in our community. Volunteers collect and distribute gently used and new clothing, school supplies, items for personal hygiene and more. The annual Kids’ Need golf fundraiser is planned for the first Saturday in April, 2020.

Any items not given out to the community are shared with Project Phoenix or other local nonprofit organizations in the area.

Becca is also the chair of the Strawberry Festival that’s planned for Saturday, March 7, 2020, a week later than usual because of Leap Year. This is a major fundraiser that is organized by the United Methodist Women of the Boca Grande Lighthouse Methodist Church each year. The annual festival, one of Boca Grande’s most popular community events, draws hundreds of bargain seekers and lovers of homemade strawberry shortcake. The boutique area of the festival features new and gently used upscale merchandise and the silent auction offers the opportunity to bid on handcrafted items and artwork. All proceeds support programs to improve the lives of women and children locally and internationally through worldwide mission programs.

Becca leads the shortcake committee. She said last year they sold $5,000 worth of shortcake.

“The biscuits are all handmade and we get our strawberries from a local farm in Ruskin.”

Another popular church event, the Pancake breakfasts, will start the week after the Strawberry Festival. Becca is the egg scrambler at the events.

“It’s a good fundraiser for us, too – I think we’ve served more then 200 people in one morning. It’s like a well-oiled machine in the kitchen, we all work very well together.”

Originally from Gibsonton, Becca’s parents owned a landscape company and nursery. They shared their land with members of the circus while they were in town.

“We had two-headed cows and giant chickens,” she said. “It was fun … we always had animals at our farm so they were just part of the family.”

Her parents did a lot of the landscaping for the Apollo Beach area during the 1970s because it was just being built at the time.

“People would come and pick out what they wanted, and then when we closed at 6 p.m. we would go and plant it for them.”

After graduating from East Bay High School in Riverview, Becca earned an associate degree from Hillsborough Community College in fine art. She married early and moved to Egypt when she was 20. She lived in several countries with her former husband before moving to the New York area. She worked as a floral designer for many years, at a very large florist in New York.

“We had no days off during the holiday season,” she said. “It was hard work – we did everything – from unpacking the huge boxes of flowers, cutting them, arranging them. The weddings were the most challenging.”

Becca is married to retired orthopedic surgeon Dr. Carlo DeRosa. They met in church in Syracuse, New York in 2002.

“He was coming out of his Sunday school class and I was there for a choir event and I literally knocked him down,” Becca. A couple weeks later, Becca was in an
accident and ran into Carlo again in the hospital. Both were recently divorced and the two started dating. Carlo retired in 2004 and wanted to move someplace sunny and warm, and Becca had the perfect place in mind. She had been coming to Boca Grande with her family since the late 1960s. Her brother studied marine biology and the family would take trips to Boca Grande to get water samples and to go fishing. She remembers you could see the water from both sides of the causeway until you entered town.

“It was mosquito ridden and very rustic, but so beautiful,” Becca said.

After looking for property for about a year in the Tampa Bay area, she brought Carlo to Englewood and Boca Grande. They decided to purchase a home here. They are members of the Lighthouse United Methodist Church and currently live in Cape Haze.

“I love the water and love the quietness of this side of the state,” Becca said. “The Winchester connection wasn’t paved yet, so then it was really still off the beaten path.”

She became involved in the choir at the church, and you’ll find her working hard in the kitchen during the annual pancake breakfast fundraisers in the church fellowship hall.

Becca is involved with Grande Glee and will be performing in the upcoming “Rescue Me, Too” show on Jan. 10 and Jan 11. The performances will be held at the Crowninshield Community House. Proceeds benefit the Suncoast Humane Society.

A Broadway-themed performance by Grande Glee is planned for April, 2020.

A lifelong fishing enthusiast, Becca became friends with Ann Dever shortly after moving to this area. Ann was the founder of Kids’ Needs. Before Ann passed away, she gave Becca a flats boat. Becca earned her captain’s license to celebrate her 50th birthday. She started “Charter’s for Charity” and asks her clients to make a donation to Kids’ Need in lieu of paying for the charter. Most of her clients are neighbors and members of the church in Boca Grande.

“It’s a 17-foot flats boat, so we mostly go back country fishing.”

She also volunteers with FWC mostly during the summer months, when more volunteers are needed. She started out helping with the marine mammal program and goes out on the water about twice a month.

“My favorite are the sawfish trips – I’ve learned so much. They are related to stingrays and they like a sandy bottom and a deep channel. We do a DNA sample and tag them so they can be tracked. A full grown adult can be about 15 feet long and they are endangered. I feel strongly about this area and our estuary and keeping the water healthy. In the past 10 years I have seen this estuary decline. It’s slowly bouncing back. That’s why I try to fish catch and release only.”

Becca has two children: Christina lives in Sarasota with her husband, Matthew, and their son, Connor. Her son, James, lives in Charleston with his wife, Kristina, and their daughter Avery.

Becca and Carlo have an 8-year-old dog, a Shih Tzu, named Jujube.

Volunteers for the 2020 Strawberry Festival are collecting donations for the March event. Money from the sale of these items benefits women and children in need. If you have household items, jewelry, books, artwork, linens, toys or games you would like to contribute, drop them off at the Lighthouse Methodist Church office from 10 a.m. to 2 p.m. on Monday through Thursday.