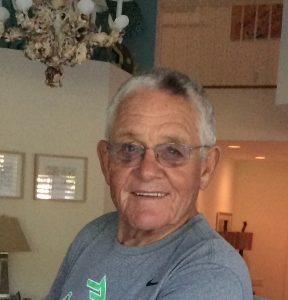 He’s not afraid of a challenge…

BY OLIVIA CAMERON- Engineer Peter Strong recently announced his retirement from the Gasparilla Island Bridge Authority as chairman of the engineering committee, and he will be sorely missed. He passed his role as engineering chairman to board member Randy Hicks, but he plans to remain a mentor.

“I enjoy a challenge,” said Peter. When he retired from his work in the engineering field, he looked for something to keep him on his toes. “I wanted something to challenge me just the same.”

Years prior to becoming involved with GIBA, Peter began his work oceans away.

“While growing up in Australia, I was always tinkering as a kid,” he said. “I suppose this type of career always interested me.”

After studying mechanical engineering in college, Peter gained his experience through multiple engineering – focused companies around Sydney shortly before being recruited by an American syndicate.

“I remember being mentored by a client in his 60s while I was in my 20s,” said Peter. “He taught me a lot on the medical applications of technology and electronics. He went on to receive a Nobel Prize in medicine.”

Peter translated his knowledge into the format of a textbook, which he noted as a boost to his career.

“That 700-page book gave me more visibility in the company I was working for at the time.”

Peter managed to work at the corporate level in each company, while his passion for computer programing and technological advancement grew. Once he retired from his career path in 2006, he began to search for a project to keep his engineering skillset fresh. He figured he’d start to sit in on a few GIBA board meetings, and he volunteered his time to listen to the organization’s ideas on revitalizing the island’s bridges.

“One night at a cocktail party, a board member came up to me and said, ‘Tomorrow, you’re going to be appointed chairman of the engineering committee,’ ” said Peter. “Little did I know that he was right.”

In February of 2012, Peter began to contribute to the anticipated bridge renovations. He set his sights on the Boca Grande Causeway swing bridge replacement project, which piqued his interest.

“I became involved in the design phase, which took two years to work with the company and iron out the details,” said Peter.

Once the plan was set in stone, it became quite a task to execute.

“The process of building a new swing bridge next to an old one was a challenge,” he said. “The way we planned to build the new bridge at that height allowed for both bridges to open at the same time through various stages of construction.”

The old swing bridge had seen its 50th birthday before being replaced, which made for a huge technological leap.

Peter recalled sitting with drawings for days on end, reviewing each detail down to each fleck of lead.

“I was the guy who needed to understand everything that was going on. I remember lying awake at night still thinking over big projects,” he said. 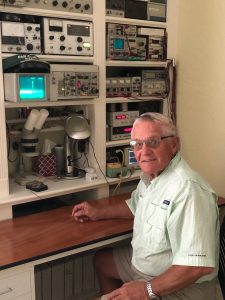 Through the design phase, Peter was able to plan for a bridge that would echo simplicity and keep from distracting visitors from the island view. Altogether, the bridge was complete in a few years’ time.

“With any project, however, it continues to evolve,” said Peter, referring to its current state. “As an engineer, you may find things you wish to alter, so the bridge is still in a cleanup phase to ensure safety.”

To this day, he is happy to cross a bridge of his own doing. “It’s a beautiful, low-profile bridge.”

Peter was glad to have seen GIBA evolve over the years along with the infrastructure. He was able to bring in other viewpoints to help level out the business side and see the organization grow a more diverse skillset.

Peter is also glad to see GIBA wrapping up its current roadside project.

“The current construction across from Kappy’s is the last of GIBA’s rejuvenation projects for now,” he said. “These projects are about designing with the public’s safety in mind.”

Peter noted that he always has little projects going on to keep his mind busy. From programming and data transmitting, he is consistently molding the ideas of the digital age. Currently, he is working on a project to transform electronic security systems using the cell phone system for data safety.

“Engineering has always been my passion, probably to the detriment of other things,” he said.

Peter envied his wife Diane’s outgoing nature but used his dedication to the field as his best asset.

“Too many engineers get into management and forget all about the engineering aspect,” Peter said. “That’s why I keep up with it.”

As if there isn’t enough to do on the island, Peter keeps a watchful eye on the development of his projects.

“Boca Grande is a great place. I bought a house here knowing this is just where I wanted to retire. It’s a quiet lifestyle, th 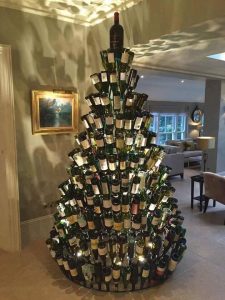 ough we typically have many activities to keep us locals busy.”

Through the pandemic, Peter and Diane found some time to create a Christmas tree entirely out of wine bottles.

“Now you know what we did when we were locked down!” he said.

Peter appreciated working alongside Executive Director Kathy Banson-Verrico throughout his time on the board.

Just the same, Kathy and the board will miss Peter’s passion and contribution to the organization.

“His years of dedicated service to the Boca Grande community and his expertise have been instrumental in GIBA’s success,” said Kathy. “During his tenure, he led the GIBA team in the construction of the fixed bridges, the design and construction of the swing bridge, and various engineering projects and improvements. Peter will truly be missed, and we wish him well.”