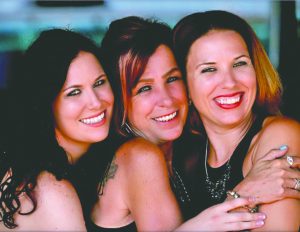 From friends to football, she cherishes the little things in between…

BY OLIVIA CAMERON- Mary Keene has served the community of Boca Grande with patience and dedication over the past 36 years. This Tampa Bay Buccaneers fan scored a touchdown when she found Boca Grande.

Mary cherished her childhood in a Giants household in Dix Hills, New York. Her Long Island upbringing was crowded but entertaining with five siblings. Mary bonded with her father one Sunday at a football game, learning the strategy of the sport from the bleachers. Since then, they would spend each Sunday cheering on their favorite players from their couch. “I would watch every Sunday game with him,” said Mary. “It was my time to connect with him.”

After graduating from high school, Mary studied administration at Briarcliff College, an all-girls school in New York. She landed her first job as a secretary at Bristol Myers in Manhattan.

“After my father spent his whole life working in the stock market in Manhattan, he took an early retirement and decided to move to Venice, Florida,” said Mary. “At the time, I thought there was no way I was moving to Florida.” To her, Florida resembled a giant-sized retirement home. So Mary’s parents and youngest sister relocated to Venice while she spent the next year working in Manhattan while living in Brooklyn.

Residing in Venice, her parents established the Venice Area Pregnancy Care Center, a benevolent care institution. “My mother was very involved in charity work along with my dad, and that’s very dear to my heart,” said Mary. “They have a room at the Center named after my mother, called the Valerie room.” The Venice Area Pregnancy Care Center continues to aid women through their difficult transition into motherhood.

“I was so fortunate to have the parents I had,” she said. However, her time in New York fell short. “Around 1980, I moved down here, and my other sister moved as well, so the family was split,” said Mary. That’s when she realized she’d been missing the hot sand and a cool drink to melt the heat.

Shortly after growing accustomed to Englewood, Mary met her ex-husband, who belonged to a commercial fishing family. “We’ve been divorced 20 years but are still such good friends. It was through his family that I found a job in Boca Grande in the first place,” she said. She picked up a position at the Boca Grande Club and worked her way up to general manager.

During her time at the Boca Grande  Club, Mary contributed to the creation of the World’s Richest Tarpon Tournament alongside the Boca Grande Fishing Guides Association. “We wanted to bring more business, and the guys were without charters. It brought the community together.”

While working on the tight-knit island, Mary unexpectedly met an admirable individual. “I met Bobby Miller before he started Grande Aire, when he did work with the club,” said Mary. After 16 years at the Boca Grande Club, Mary got a job monitoring finances at Grande Aire Services in 2001.

“Anywhere I work, I have to truly and morally believe in the work that I’m doing,” she said. Mary considers Bobby and Grande Aire Services an honest crew. Her position as financial manager has allowed her to dabble in multiple tasks.

“Bobby is shy. You would never know what he does for local residents, because everything comes from his heart. I’m proud to be a part of the company,” Mary averred. Mary considers Bobby’s compassion to be the foundation of their successful business. “When we experienced the last hurricane, our team continued to work here for the people who needed us. Bobby went out and got a grill to cook for everyone who didn’t have food on the island.”

“He is so honest with customers. We are open 365 days a year, and he would be the type of owner to run something himself on Christmas instead of sending one of his employees out to do it,” said Mary. 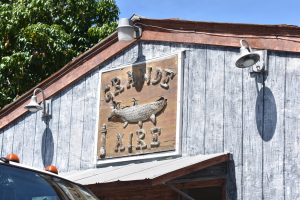 Like Bobby and her mother, Mary has a generous core. She keeps in close contact with her former employees from the club who gave her unforgettable memories.

“The island is everything to me even after 36 years. The support has been absolutely terrific,” said Mary, alluding to their new location off-island. With their expansion to Englewood, Grande Aire will now be available to both islanders and off-island customers.

“We know some people are excited because it’s closer to their home. Most of our staff have been here a long time. Even though we have a new location opening, Grande Aire is never leaving the island,” Mary pointed out.

Because of the new office, the Boca Grande location – 330 E. Railroad Ave – can devote more time to the island. Their employees are set to relocate in the next week.

Mary now shares her time with her daughters and grandchildren. Her daughter Rachel is a registered nurse caring for people at Englewood Community Hospital. Her other daughter, Lindsey, went on to be a vet tech at the Lemon Bay Animal Hospital after serving four years as a U.S. Marine.

“They feel like they were raised on island time,” said Mary. “My daughters grew up on the water. They enjoy island preservation and feel there’s nothing like this place.”

In her free time, Mary and her family enjoy sweeping through local shops and gathering over a table of delectable foods. Since moving to Florida, a portion of her time is also devoted to rooting for the Tampa Bay Bucs.

“The people I’ve met over the years are what I love the most about the island. It’s the memories and it’s the little things I will never forget that have benefitted so many people on this island.”