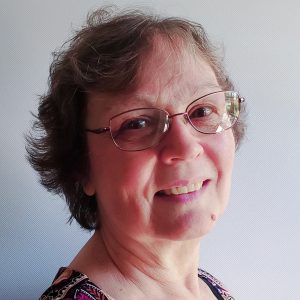 When it comes to Boca Grande, she enjoys the whole enchilada…

BY OLIVIA CAMERON- Kathy Peters, coordinator of family ministries at the Boca Grande Lighthouse United Methodist Church, describes her work as nothing short of a natural calling. As a Michigan, Ohio and New York transplant, she’s taken her first few months in Southwest Florida as a gift. She’s soaked in every morning with the church and every sunset by the water.

Most of her experience emanates from her career in New York, where she studied and worked as a graphic designer. She met her husband of 40 years while working by his side in a print shop, preparing ads for publication.

“When I was fresh out of high school, I wanted to be an art teacher, but my father was worried about the starving artist concept,” she said. “So, he leaned me toward the business side of it all.”

When she retired from her career in graphic design, Kathy opened the only Christian bookstore in Utica. She was able to familiarize herself with the area pastors and children’s ministers. One in particular from a Methodist church fancied the idea of giving her a position at his church in the city of Rome, New York.

“He offered a part time position to me, but owni 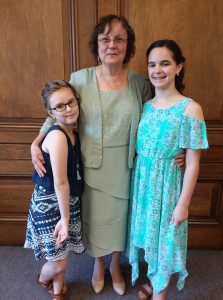 ng the store was demanding. I declined the offer on multiple occasions, but he continued to come back to my store and ask if I was interested,” said Kathy. “I have a tendency to forge ahead and do my own thing. It wasn’t until I was given a life-altering sign that I had a change of heart.”

Kathy recalls enduring a detrimental experience that left her without a bookstore to operate. On a stormy day, she received a call that her store had been flooded. The bookshelves were swamped in four feet of rainwater. There was no possible way Kathy could reach her store via the submerged streets. Even the streetlights had been pulled down.

She waited out the afternoon, and the water had miraculously drained from the wedged open door.

“The water would have had to seep into the store, and as it swirled around, it picked up tables and moved them and pushed bookshelves,” said Kathy. “I walked into the dark shop all by myself, up to my ankles in mud, muck, and merchandise.”

At that moment, Kathy heard the soft quill of a song playing by her feet.

“When I looked down, I saw a music box on the ground. From it, Elvis’ voice sang ‘precious Lord, take my hand.’ That was my sign,” Kathy recalled, choked up in the moment.

With glossy eyes, she explained that she needed to listen to what she was being told to do. The next time the pastor visited her, she agreed to take the position at the church.

She embarked on the first of three positions taking part in a children’s ministry. At first, Kathy was fond of New York. The different shades of orange and yellow in the fall caught her attention, but the seasons would quickly turn the corner, soaking her shoes with snow and slush.

Kathy worked for two New York ministries prior to her new position in paradise. She and her husband planned to move to Port Charlotte just in time for the pandemic to shut down travel options and access to other states. By July, the two finally found their new home in Florida.

When she wasn’t looking, the position of the coordinator of family ministries at the Lighthouse United Methodist Church of Boca Grande landed in her lap. She applied for the job without hesitation, eager to continue her teachings in the seaside town.

Despite having to start as a remote teacher, Kathy has since been fascinated with the connection the children find to faith. She continues to record messages for the ministry in Rome, New York, but she is also currently working with seven families in Boca Grande.

“A week ago, our church on the island just started to hold in person   services again. The children I am working with are essentially doing Sunday school at home, but I hope to return to a bit of normalcy in November.”

Kathy is looking forward to working with an additional ten families once season is in full swing.

“Even though I am new to the position, I know I have big shoes to fill!”

Kathy finds a direct correlation between her religious upbringing and the way she aims to teach the kids. She aspires to ingrain in them a love of learning.

“My ultimate goal is that the kids will motivate their parents to attend church, because they won’t want to miss what’s going to happen. I’ve been creating virtual messages for the kids, so when I met several of them last week, they said, ‘I’ve seen you on TV!’ ” 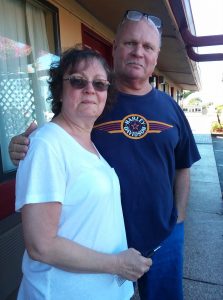 Besides her work, Kathy emphasized the importance of building on one of her most important relationships. Her brother, a resident of Punta Gorda, was part of her motivation to move south.

“We are strengthening our bond, because I finally get to see him more than ever.”

Kathy and her brother bonded over a day of kayaking at the northern end of Gasparilla Island. “It was my first time kayaking, but definitely not my last,” Kathy said with a smile.

“We saw a dolphin, and I almost tipped the boat because I was so excited!”

Kathy and her husband are parents of five daughters and grandparents of eleven grandchildren.

“They are all spread out, but we suspect that when the snow hits, they will be down to visit,” she said.

Kathy describes herself as an arts and crafts kind of person, which she tends to revert to in her free time.

“I also enjoy many evenings watching the sun go down at the beach,” she said. “I’m still a Florida newbie, but that’s something I don’t ever want to grow tired of.”

Most of all, Kathy is fascinated with the quaint town of Boca Grande.

“What’s there not to like about the island? I enjoy the whole enchilada!”

Newer PostLETTER TO THE EDITOR: Letter to Army Corps of Engineers suggested to stop finish aquaculture in our area
Older PostSigns of a return to normalcy: Community Center, Fust Library open