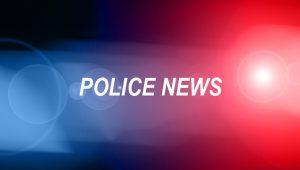 STAFF REPORT – In the early morning hours of Thursday, Jan. 14 a woman was seriously injured after falling off the back of a golf cart and 5th Street and Gilchrist Avenue.

According to the report provided by the Lee County Sheriff’s Office, at approximately 1:40 a.m. on January 14 the three-row golf cart was traveling north on Gilchrist Avenue. The driver stopped at the stop sign at 5th Street W., then proceeded north from the stop sign and started to turn right onto 5th Street W. A passenger on the back of the golf cart fell onto the roadway, then struck her head on the pavement. The report indicated the 20-year-old female suffered “incapacitating injuries.”

The report indicates that no one else was injured.

The golf was removed by Boca Grande Marina, and after the driver displayed signs of impairment they were subject to field sobriety exercises. The results of those exercises were not conclusive enough to result in a DUI arrest, but the driver was cited for careless driving.

The patient was transported by ambulance to a hospital in Sarasota.