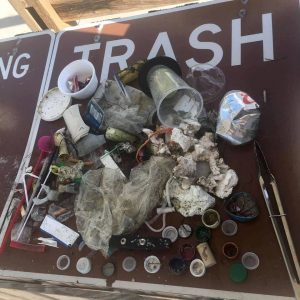 As you enjoy Southwest Florida’s coastal waters this Fourth of July weekend, we hope that boaters and beachgoers will remember a few key rules to avoid harming our local wildlife such as sea turtles, manatees and dolphins.

Protect sea turtles and birds on the beach

All sea turtle species are threatened or endangered, protected under state and federal law. Sea turtle nesting season spans May 1 – Oct. 31 along Florida’s Gulf Coast. County ordinances prohibit any temporary structures, beach chairs, tents, umbrellas or cabanas from being left from sunset to sunrise on our local beaches. These objects bring about a strong potential for turtle entrapment and can interfere with the use of the beach for nesting habitat.

“Beachgoers should not approach nesting turtles or hatchlings, make noise around turtles and their nests or use fireworks, flashlights or fishing lamps on the beach. Artificial lights can disorient nesting turtles and their hatchlings. Please avoid sea turtle nests marked with yellow stakes and tape. Also, please avoid seabird nesting areas bounded by ropes. (Seabird information is available from audubon.org/content/audubon-florida.) We have large nesting colonies of shorebirds, and the birds and their nests are vulnerable to human disturbance, fireworks and to predation by domestic dogs, raccoons, crows and gulls. Any harassment or taking of protected birds, their ,young, their nest or their eggs is a violation of Florida law.” Make sure all holes dug at the beach are filled in prior to leaving. Turtles can fall into the holes and become trapped; even small holes can trap tiny turtles.

Dolphins do not, or cannot, always get out of the way of approaching boats, and fatal collisions and serious injuries to dolphins occur in Sarasota Bay. The dolphins frequent shallow waters, where they may be unable to dive below an approaching boat. Naive newborn dolphins lack the skills and experience to avoid boats, and they have to surface more frequently to breathe than do older dolphins.

Most dolphin deaths and injuries from boat strikes have occurred in the weeks surrounding July 4th. NOAA guidelines indicate that boats should stay at least 50 yards away from dolphins. Watercraft collisions are the leading human-caused threat to Florida manatees. Propellers and boat hulls inflict serious or mortal wounds, and most manatees have a pattern of scars on their backs or tails after surviving collisions with boats. Manatees are currently on the move, foraging and mating, and our local waters provide a home for mother manatees and their newborncalves.

During the summer months, people might observe mating herds – several manatees gathered as males vie to mate with a female. It is best to observe herds from a distance without disrupting the animals’ natural mating behavior, as adult manatees typically weigh upwards of 1,000 pounds, and people can be seriously injured by a thrashing manatee. Sea turtles are swimming just offshore to mate, and females inhabit nearshore waters between nesting events before they come ashore to nest.

So far this year, Mote’s Stranding Investigations Program and the Sea Turtle Rehabilitation Hospitals have responded to 62 stranded sea turtles, including 24 affected by human activity. Wear polarized sunglasses to better see marine life in your path.

Never feed marine wildlife.  Stow trash and line when under way. Marine debris that accidentally blows overboard or out of a vehicle can become ingested by or entangled around marine life.

You can watch a public service announcement about why it’s harmful and illegal to feed wild dolphins at dontfeedwilddolphins.org.