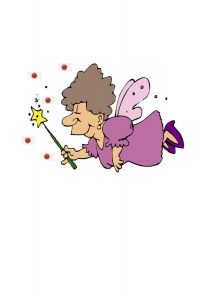 BY LAUREN HANA, MD – Once upon a time there was a small town nestled on a strip of sand they call a barrier island. Her restaurants hummed with conversation and laughter and her downtown streets teemed with shoppers. Neighbors met regularly for cocktails at sunset and chided each other about who was the most accomplished bridge player. At the large gatherings (the bigger, the better), people greeted one another with hugs and a kiss on the cheek. Many were longtime friends that seemed more like family. Calendars were full with this or that. It was a neighborly place.

Then “it” came. The Coronavirus. The plague. The invisible enemy. The new virus with the spikey coating was all over the news while swiftly crossing bridges, borders and oceans to eventually infect every country and State in the world except Antarctica.

The townspeople knew about the threat and went into their homes.They knew that they were at risk and they were careful.

Iguanas ran free and countless seashells collected on the tiny town’s shores with each rolling tide, as her residents hid away. They pieced together multiple puzzles. They read, and reread books. Grandmothers and Grandfathers earned expedited IT degrees as they mastered Zoom, FaceTime and Skype. They took the time as a gift to get to know their families again. Days ran into each other and spring cleaning morphed into summer cleaning. Parents learned at home from their children. Patience grew thin. Even the outside was closed.

But still, people in the town wondered if anyone in the town could, or would, get “it.” Whispers tiptoed through the air. “Do you know anyone that’s sick?”

Family reunions were canceled and out-of-town guests were politely discouraged.

After 28 days, a proclamation was issued by the leader.

The townspeople watched, as one by one, the surrounding areas and states rubbed the sleep from their eyes with dry, raw, clean fists and the people emerged from their cocoons. Stretching, spreading their wings –gingerly at first – then sprinting to the beaches.  The once-deserted streets now were lit with parades of folks that cheered and sang, “Ding, dong the witch is dead! The wicked witch is dead!”

Like magic, the invisible enemy had been defeated and finally, life was back to normal.

The uncomfortable and invasive swab testing was replaced with blood tests by fingerstick, or draw to prove antibodies had developed in anyone recovered or exposed. These wonderful antibodies were presumed to tout the sanctity of immunity and the promise of a productive future.

And with the tests sometimes came the answer that “it” had been there. Fortunately, for one afflicted resident of the tiny town, she was a hardy soul without “underlying chronic conditions.”

Huddled under piles of blankets, she dozed intermittently between meals of Tylenol and Gatorade and stayed in her bedroom. For two weeks she watched Schitt’s Creek and kept checking her symptoms. She outlasted the invisible enemy like a trooper and came out on the other side worn, but ready to share the experience. Her family also all stayed within their house the entire time. Luckily, the precautions were followed to a tee by quarantining, not just from the time of the onset of symptoms, but from the time of first exposure to the virus. The transmission of this positive case was zero.

Now is not the time for complacency and indifference, especially now that the island is receiving many outside visitors. It is the time for even more caution and vigilance. We need to use what knowledge we have gained about COVID-19 and put that knowledge into practice, so the spread is stopped now that we are out and about. There is no doubt that the world has to start again, but we need to be safer, be smarter. Let’s cover our mouth and nose to allow less virus overall to be spewed into the environment for others to come into contact with. Can’t we each make the small sacrifices to cover our face, wash our hands and give each other adequate personal space to get control of this thing? These are small, insignificant moves that in the end may save a life.

Please, visitors, respect the high-risk residents that live on this beautiful island. Over 45 percent of Boca Grande’s population is over 65 years old. Most are over 70. Hindsight is 2020. Do your part.

Together, we WILL make Boca “Grande” again!

Dr. Hana is a physician at the Boca Grande Health Clinic.