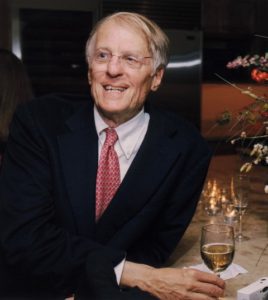 On Thursday, Dec. 24, 2020 William “Bill” W. Deupree, Jr. passed peacefully surrounded by family in Boca Grande. He lived a full life as a hard-working executive followed by a passionate pursuit of hobbies including hunting and travel.

Born July 14, 1941 in Memphis, TN, Bill attended Memphis University School with a robust extracurricular education managed by his Conundrum crew. Following his graduation from The University of the South in Sewanee, Tenn., he began his professional career at First Tennessee. He subsequently moved to Morgan Keegan & Co. in 1972 where he led the build-out of a nationwide fixed income department and served as President from 1985 until his early retirement in 1996. Ever the competitor, Bill loved working long hours to reach new production milestones or to find an acquisition target that could help accelerate the firm’s growth. He also served on industry advisory boards for the New York Stock Exchange and Securities Industry Association.

Bill attacked retirement with equal vigor, transforming himself into a world traveler, outdoorsman, value investor and philanthropist. But above all else, he enjoyed being a master of pushing friends’ buttons to orchestrate the tone of a night’s conversation at a cocktail or dinner party. His favorite stage for holding court was the dinner table at Mudlake, one of the oldest duck clubs in Arkansas which Bill and partners rebuilt in 1997 to its century-old glory days. Fortunately for his beloved wife Rebecca Reed Deupree ‘Becky’, duck season only lasted two months each year. The pair traveled to nearly 100 countries after Morgan Keegan, with safaris in Africa topping their list of adventures. But no places fed Bill’s soul like summers in Telluride, Co and winters in Boca Grande, FL where the outdoor activities and natural beauty were only surpassed by the cherished and lifelong friendships developed in each spot.

Bill was passionate about investing and took great pride in keeping his wits to capitalize during a challenging bear market. But his favorite projects often involved close friends as partners, including Commercial Bank & Trust with the late Molitor Ford and early downtown Memphis projects with Henry Turley. Bill was equally engaged in charitable endeavors. He served on several boards over the years including the Memphis Development Foundation, Brooks Museum, The Orpheum, Heritage Memphis and Memphis University School as well as senior advisor of finance for Mayor W. W. Herenton’s transition team. But he took particular pride in forming The Deupree Family Foundation to encourage multiple generations to invest in and serve the communities they live in.

Bill is predeceased by his parents William. W. Deupree, Sr. and Mary Evelyn Cavett Deupree. He is survived by his wife Becky and his children, Will (Angie) of Memphis, TN and Reed (Roberta) of Atlanta, GA. He will be missed by his adoring grandchildren, Jordan, Reese, Amelia, Charlie and Harrison. He is also survived by his sister Nancy Deupree Parker and her two children Madeline Spector and Michael Crisamore.

A family service will be held in January 2021. The family requests that memorials be sent to the Church Health Center of Memphis, TN; The Boca Grande Health Clinic in Boca Grande, FL; or a charity of the donor’s choosing.

Newer PostOBITUARY: DORCAS AMOS
Older PostOn the front lines of the COVID-19 battle: A leader in infectious disease research discloses what he has learned about the Moderna vaccine